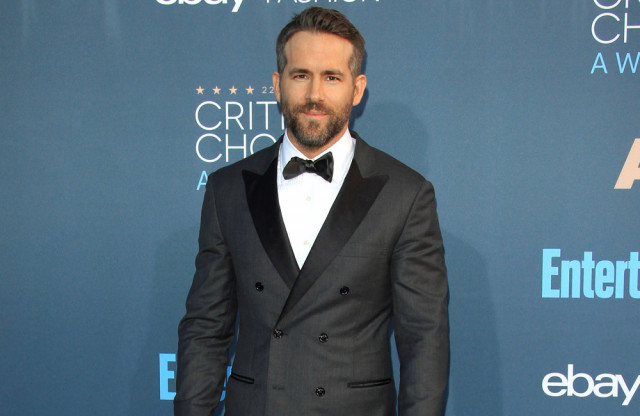 Ryan Reynolds won’t make another musical in his career.

The 46-year-old actor has to sing and dance in his new film ‘Spirited’, and while he’s comfortable with fight scenes in action movies, he admitted he struggled much more with the choreography of the by Apple TV+ festive flick.

Speaking to Big Issue magazine, the 'Deadpool' star said: "Training for a superhero movie is something I’ve been doing since I was 20 and I’m 46 now. It’s second nature to me. Doing a fight sequence is in my bones. I memorise them very fast.

“I can make a mistake and use that mistake to my advantage in the moment.

“Whereas dancing, if I make one mistake, I completely fall apart. I don’t know if I would [make a musical] again. I don’t think so.

“When you haven’t spent your life at a craft like song and dance, you’re just always playing catch-up.

Although he struggled with his steps, Ryan really enjoyed watching the dancers at work on the film.

He said: "I loved watching the dancers and singers that were working on the movie. Getting a front row seat to their talent was one of the great privileges of my whole life. And I mean that. They’re often overlooked.

“You’ll find dancers clumped together in the credits of a movie, but they’re pillars of the storytelling.”

But the Canadian star teased he could incorporate a musical number into his hoped-for ‘Deadpool’ Christmas special.

He added: “I would love to see a song and dance number in a 'Deadpool' movie.

“Four years ago we wrote a Christmas movie starring Deadpool but it got lost in the shuffle of Disney acquiring Fox and it never got made. Maybe one day we’ll get to make that movie.”