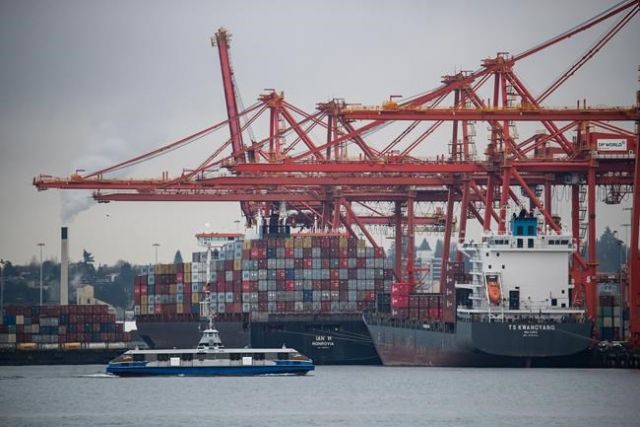 The agency says total exports rose 1.5 per cent to $67 billion in October as exports of consumer goods gained 9.7 per cent to $7.7 billion.

Exports of farm, fishing and intermediate food products increased 10.2 per cent in October to a record $5.5 billion, boosted by exports of canola and wheat.

In volume terms, total exports rose 0.1 per cent in October, while imports in volume terms fell 0.9 per cent.