Security breach detected in October, believed to be sponsored by Chinese state 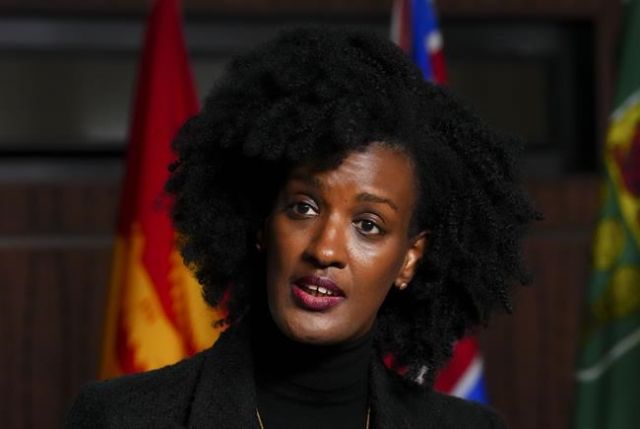 The Canadian branch of human rights organization Amnesty International says it was the target of a cyberattack it believes was sponsored by the Chinese state.

In a statement posted on its website, Amnesty International Canada said the digital security breach was first detected on Oct. 5, 2022, when suspicious activity was spotted on Amnesty's IT infrastructure.

An investigation by forensic investigators and cybersecurity experts was immediately launched, and steps were taken to protect the organization's systems.

It said forensic experts with international cybersecurity firm Secureworks later established the likely source of the security breach was a threat group sponsored or tasked by the Chinese state, based on the nature of the targeted information as well as the observed tools and behaviours.

"As an organization advocating for human rights globally, we are very aware that we may be the target of state-sponsored attempts to disrupt or surveil our work," Amnesty International Canada Secretary General Ketty Nivyabandi said in the release. "These will not intimidate us and the security and privacy of our activists, staff, donors, and stakeholders remain our utmost priority."

Nivyabandi added the cyberattack speaks to the "increasingly dangerous context which activists, journalists, and civil society alike must navigate today."

"Our work to investigate and denounce these acts has never been more critical and relevant. We will continue to shine a light on human rights violations wherever they occur and to denounce the use of digital surveillance by governments to stifle human rights."

The organization said at this point, there is no evidence that any donor or membership data was exposed

In the statement, Amnesty International Canada said it "has taken swift and robust action to strengthen its digital security and restore systems back online securely." It added law enforcement was notified of the breach, and it will continue to work with security experts to mitigate against potential future risks.