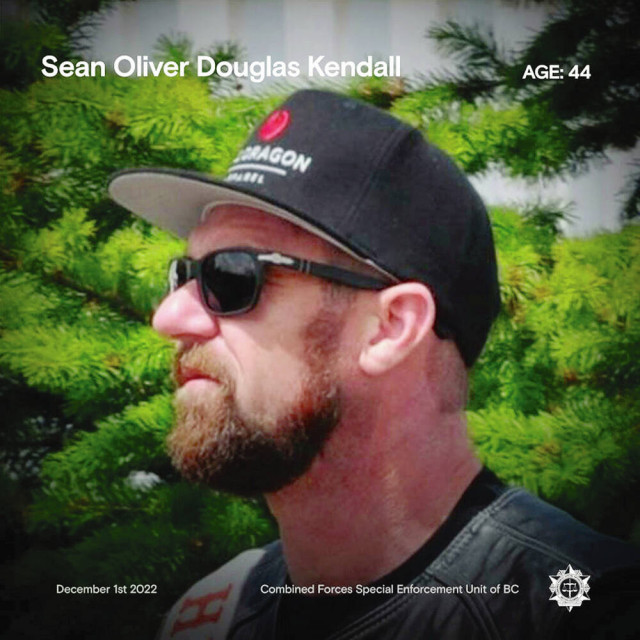 Photo: .
The four men charged include Sean Oliver Douglas Kendall, 44, of Port Alberni, who turned himself in but has since been released pending a court appearance. VIA CFSEU BC

After two arrests last week, a third man charged in a case involving alleged drug trafficking by members of the Hells Angels on Vancouver Island has turned himself in.

Sean Oliver Douglas Kendall, a 44-year-old from Port Alberni, has since been released pending a court appearance.

A fourth man charged, 44-year-old Kristopher Steven Smith of Nanaimo, is the subject of an arrest warrant and remains at large.

A total of 41 charges were approved against the men last week following an investigation led by the Combined Forces Special Enforcement Unit of B.C., which targets gangs. The investigation began in 2018 and was carried out in partnership with the RCMP’s Federal Serious Organized Crime Unit.

Seized were 22 firearms and about 13 kilograms of illegal drugs.

Anyone with information on Smith’s whereabouts is asked to call local police or report anonymously to 1-800-222-TIPS (8477).