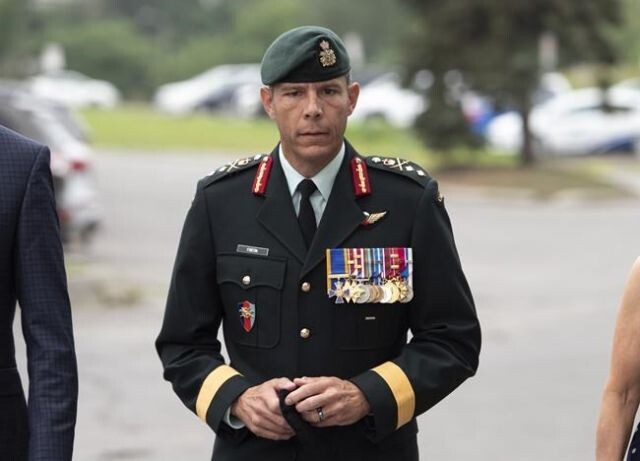 A judge has acquitted Maj.-Gen. Dany Fortin of sexual assault over an allegation that dates back to 1988.

The allegation stemmed from his time at the military college in St-Jean-sur-Richelieu, Que., which the complainant also attended.

The complainant in the case told the court that she is certain "without a doubt" that the perpetrator was Fortin, and her lawyer said she brought the incident to light in 2021, after she retired, due to a fear of career repercussions.

Fortin's lawyer cited inconsistencies between the complainant's testimony and her previous statements to investigators last year, including details of the incident.

A key point for the defence was that while the complainant said she told her ex-boyfriend about the incident right afterward, he told the court that he had no memory of such a conversation.

Fortin was the military officer in charge of the federal government's COVID-19 vaccine rollout until May 2021, when he was removed after the allegation came to light.