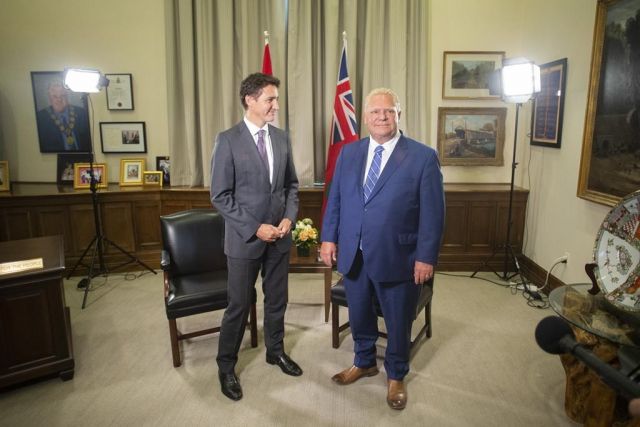 Trudeau says electric delivery vans have started rolling off the line today at the General Motors CAMI production plant in Ingersoll, Ont., which has been retooled to build the company's BrightDrop all-electric vehicle brand.

The prime minister was joined by Ford and the province's Economic Development Minister Vic Fedeli to mark the milestone.

The provincial and federal governments each invested $259 million toward GM's $2-billion plan to transform its Ingersoll plant and overhaul its Oshawa, Ont., plant to make it EV-ready.

The federal government says the Ingersoll plant is expected to manufacture 50,000 electric vehicles by 2025.

Canada intends to bar the sale of new internal-combustion engines in passenger vehicles by 2035.