Contract has B.C. teachers playing 'catch up' while other provinces fall behind 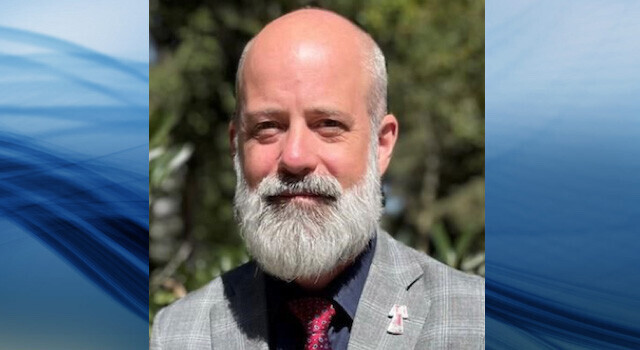 Clint Johnston, president of the B.C. Teachers Federation, concedes B.C. teachers may not have made any absolute wage gains on the cost of living with their new three-year contract, but relative to out-of-province colleagues, they'll be better positioned at the end of 2024.

The BCTF has long said it has been near the bottom of the wage scales among provinces and territories. Now, the union's new three-year deal will help B.C. teachers catch up to colleagues in Alberta and Ontario, but not by wage increases above cost of living increases. Instead, B.C. teachers will make relative gains as others fall behind further, in what Johnston describes as a "levelling out."

Based on Bank of Canada predictions, these gains will roughly keep up with inflation figures to date and expected figures in the near future. Canada's consumer price index was 7.6 per cent on July 1, although teachers saw a 2.0 per cent increase in 2020 when inflation was only 0.1 per cent.

By contrast, Ontario education workers are presently being offered 1.5 per cent annual increases for four years. Alberta teachers narrowly accepted a mediated three-year deal seeing increases of 0.5 per cent, 1.25 per cent and 2.0 per cent. Negotiations have deteriorated in Ontario to the point of workers being ordered back to work through contentious legislation.

Johnston touted the deal with the BC Public School Employers' Association to members as one that catches B.C. up to Calgary teachers, among others in Canada. Of the union's roughly 49,000 members, 35,559 voted; 94 per cent accepted the deal.

"So the way we catch up is by taking a deal that does give us that opportunity to catch up to also some of our colleagues in Ontario, dependent on the outcome of what happens there," Johnston told Glacier Media.

"But I think looking at the way the Ford (Ontario) government has dealt with them so far, I don't think they'd be optimistic of getting anything like this. So, yeah, there's a few ways to look at it," said Johnston.

In terms of wages, the deal is a carbon copy of the one the B.C. General Employees Union members narrowly accepted Oct. 17 with only 53 per cent in support.

Asked if the relatively poor outcomes for Alberta and Ontario teachers had an impact on BCTF members, Johnston said he had no clear anecdotal insight but, "I don't think they looked at what's happening in Ontario, that that could happen here under this government."

Johnston told members that for the first time, starting July 1, 2024, a standard-educated senior teacher (10 years of experience) will earn just over $100,000 per year, which will still be about $7,000 less than an Alberta teacher.

"For our members, I think a lot of them were realistic about this being the best deal we could get at this time, with the salary increases being good for them in terms of the amount of money that they would end up with after three years of this deal," said Johnston.

Johnston was asked if $60,000 would be enough to retain enough first-year teachers given the cost of housing, especially in the Lower Mainland.

"I certainly hope so. I think it's certainly not the entire solution at all. But it removes one significant barrier, which is if you can look next door and possibly being $10,000 or more, that's pretty hard to make an argument of why you would land here," he said.

B.C. teachers also voted for a deal that made marginal gains on benefits, such as the inclusion of registered counselling benefits and 16 weeks of 100 per cent maternity benefit salary top-up. However, left off the table by the government were nearly all demands for improved class sizes and class composition, including better ratios of specialist and support teachers.

At issue are class sizes that are too large, according to the union, as well as insufficient numbers of specialist teachers who are often pulled off their normal duties to perform regular teaching duties due to an ongoing teachers' shortage, said Johnston.

"It's a piece that we're going to have to really look at and work on for the next round (of negotiations) because it's not changing. It's not going away," said Johnston.