Adele ready to say 'I do' 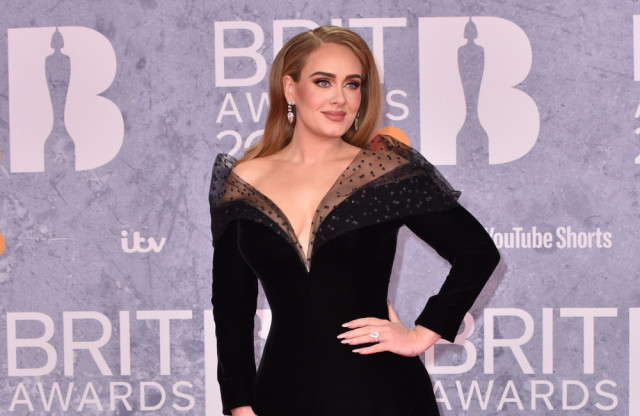 Adele is reportedly eyeing a spring 2023 wedding but would even consider a Vegas wedding.

The ‘I Drink Wine’ singer recently declared she wants to marry boyfriend Rich Paul as she has "never been in love like this".

The 34-year-old pop superstar lifted the lid on her relationship with the sports agent - who she has been dating since last year - and admitted she is totally smitten with him and has her heart set on walking down the aisle again because she is "so in love."

Speaking to ELLE UK, Adele confessed: "I’ve never been in love like this. I’m obsessed with him."

When asked if she wants to get married again following her divorce from first husband Simon Konecki – with whom she has 10-year-old son Angelo - Adele replied: "Yes, absolutely."

When pushed for another answer to the question, Adele conceded Rich hasn't popped the question, adding: "I’m not engaged. I just love high-end jewelry, boy."

And now, it has been claimed the pair have been “brainstorming” ideas for a wedding “next spring.”

Adele is currently completing her delayed ‘Weekends with Adele’ residency in Sin City, which runs until March 25, 2023.

“They’ve already been brainstorming the idea of a fancy wedding next spring with a huge celebration at her LA home.

“But she wouldn’t even mind trying the knot with Vegas.

“She thinks it could be romantic to do something low-key, too.”

Either that or a New Year’s Eve wedding could be on the cards.

The source added: “Adele doesn’t want to pressure Rich but she’s just being completely honest about how in love she is.

“He agrees and is on board.

“He’s a very chilled person so is happy go with the flow and take their time planning.

“Pals hint they could even imagine a New Year’s Eve wedding so the pair can ring in 2023 as husband and wife.”

Adele and Rich are said to have first met at a party several years ago but didn't start dating until much later. They first went public with their romance in July 2021 when they were pictured attending a basketball game together.