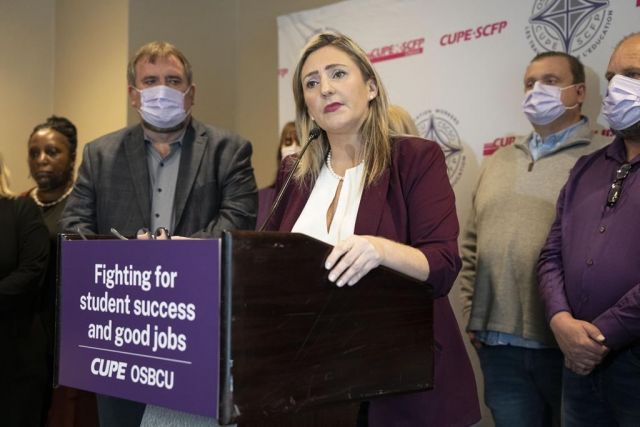 The Canadian Union of Public Employees says its Ontario education workers have voted to ratify a contract with the government.

Laura Walton, president of CUPE's Ontario School Board Council of Unions, says about 73 per cent of those who voted were in favour.

Walton – who had said she didn't like the deal because it didn't come with staffing level guarantees – says about 76 per cent of the union's 55,000 education worker members voted during the ratification process.

The ratification ends a whirlwind bargaining process that saw education workers walk off the job for two days after the government passed — then later repealed — legislation that imposed a contract on them, banned them from striking, and used the notwithstanding clause to allow the override of certain charter rights.

The two sides later returned to the table and brokered a tentative deal on Nov. 20 that the union says comes with a $1-per-hour raise each year, or about 3.59 per cent annually, for the average worker.

After the tentative deal was struck, Education Minister Stephen Lecce thanked education workers and said he was grateful the two sides "came together in the interest of our kids and put them first."