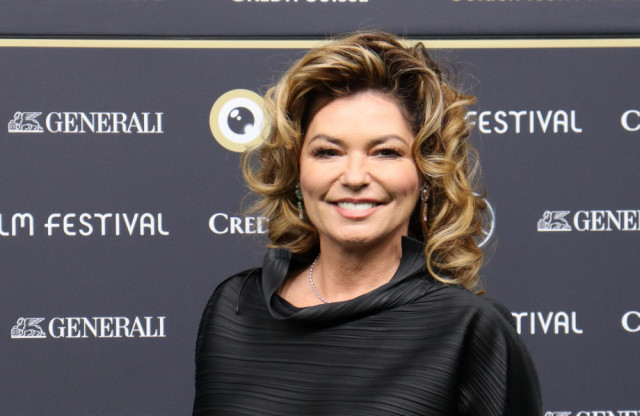 Shania Twain flattened her breasts as a teenager to avoid her stepfather’s sexual abuse.

The singer, 57, warned “you didn’t want to be a girl in my house” as she opened up about her difficult childhood, growing up poor in Ontario with four siblings living with her mum Sharon and stepdad Jerry Twain, who legally adopted the children.

Shania told the Sunday Times (04.12.22) about her tactics to dodge his abuse: “I hid myself and I would flatten my boobs.

“I would wear bras that were too small for me, and I’d wear two, play it down until there was nothing girl about me. Make it easier to go unnoticed.

“Because, oh my gosh, it was terrible – you didn’t want to be a girl in my house.”

Shania added about her subsequent struggle on leaving the house: “But then you go into society and you’re a girl and you’re getting the normal other unpleasant stuff too, and that reinforces it.

Shania has said she started to be abused at home when she was around 10, telling The Guardian in 2018: “I feel the sexual abuse goes hand in hand with the physical and psychological abuse when it’s somebody you know. I learned to block it out.

“Abusers need to manipulate you, whether it’s before or after, and what I said to myself is: "OK, there’s something wrong with this person and that person is not well.”

Shania did not know her biological father and her stepfather Jerry and mum Sharon were killed in a car crash in 1987.