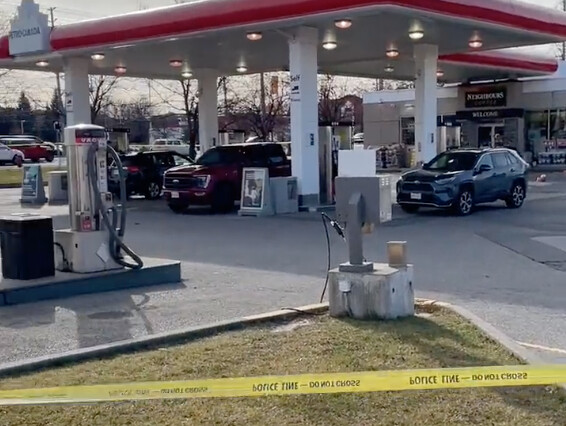 Photo: Peel Regional Police
A 21-year old woman was shot at a gas station in Mississauga in what police believe was a targeted attack.

Police west of Toronto are looking for a suspect in a shooting that killed an employee at a gas station in Mississauga, Ont.

Peel regional police say they received a call at 10:40 p.m. about a shooting in the area of Creditview Road and Britannia Road West.

It happened at a Petro-Canada gas station at the intersection.

Police said a 21-year-old woman who worked at the station died of her injuries, but provided no other details.

They say the suspect, a male in dark clothing and gloves, left on foot.

Police say they believe the shooting was a targeted incident.