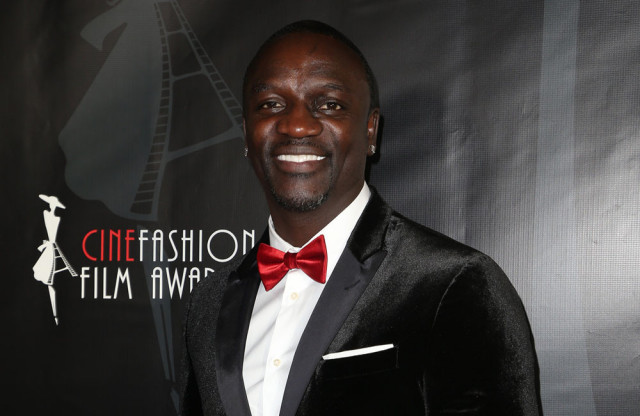 Akon has told anyone offended by Kanye West’s anti-semitic rants not to “take things too personally”.

The Senegalese-American singer, 49, made the comment on Sky News’ Breakfast show on Friday (02.12.22), also telling viewers Kanye’s outbursts do not trouble him as they “do no affect me personally”.

His remarks come after Kanye, 45, said he had “love” for Hitler and said people needed to “stop dissing the Nazis” in an interview with far-right conspiracy theorist Alex Jones.

‘Lonely’ singer Akon, 49, said when asked by Sky News presenter Anna Jones to explain his support for Kanye despite the statements: “I show support for opinion and I think people will always have a specific opinion and I think the moment we get to the place where we close our minds up to other people’s opinion, it kind of doesn’t allow us to get to better know each other... I think sometimes we should open up our minds and let things play all the way out and better understand the situation.

He added he was a “backer of the right to believe what you want to believe” and said he would let Kanye know he disagreed with him if they had a conversation.

When asked if he was troubled by the comments made by the rapper, Akon said: “Not really because those comments don't really affect me personally... and if it does affect you personally then find a way to actually respond in a way to where that conversation can be reciprocated.

“I think sometimes when someone is offended they just lash out in defence, or lash out to make that person feel the same offence that they felt, and I think when you take negative and apply a response negatively, you will only get negative back.

“Don’t take things too personally yet until you understand the situation.”

Viewers hit out at Akon’s statements on social media, as Kanye has also denied the Holocaust.

The dad-of-four told Jones on his ‘InfoWars’ show: “The Holocaust is not what happened... he (Hitler) didn’t kill six million Jews, that’s just factually incorrect.”