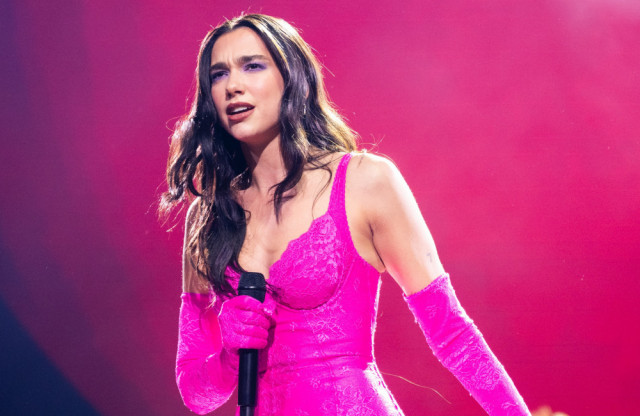 Dua Lipa's new music will be "very different" to her previous albums.

The 27-year-old pop star released her self-titled debut record in 2017 as well as the BRIT Award-winning 'Future Nostalgia' in 2020 and explained that when she was speaking to Elton John for an interview in March she thought she was "halfway done" with her third album but things have since taken a new direction.

She said: " Well when I was speaking to Elton I really felt like I was halfway done. But it’s taken a complete turn as I’ve carried on working, and I really feel now that it’s starting to sound cohesive. So I’m going to keep writing in the early months of the new year and see where that takes me. The album is different — it’s still pop but it’s different sonically, and there’s more of a lyrical theme."

However, the 'Cold Heart' hitmaker remained coy about giving any details away about the upcoming album and explained that even revealing the title would spoil the surprise.

She told Variety: "If I told you the title, everything would make sense — but I think we’ll just have to wait!"

Meanwhile, the 'Break My Heart' songstress said the World Cup offers a "really unique opportunity to hold Qatar to account" and was unhappy when rumours spread she was set to perform at the opening ceremony for the soccer tournament because the event "really goes against [her] beliefs" due to the Gulf state's human rights policies.

She said: “The World Cup is a really unique opportunity to hold Qatar to account.

"They made pledges on human rights when they signed the deal for the World Cup thathave not been satisfactorily met on migrant workers’ rights, women’s rights, LGBTQ rights and freedom of expression — what kind of message does it send if these pledges mean nothing?

“I really have nothing against Qatar, and I hope one day I will get the chance to go there.

“But I didn’t like being amongst speculation that I was going to perform for something that really goes against my beliefs.”