Hearings for anti-mandate proposed class action lawsuit to be broadcast

Hearings will be broadcast 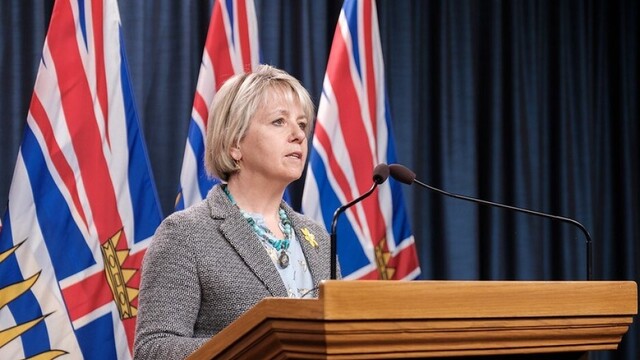 Five days of BC Supreme Court proceedings later this month will be publicly broadcast online, an incredibly rare occurrence, as a group suing the provincial government over its pandemic response tries to have its proposed class action lawsuit certified.

The lawsuit filed by the Canadian Society for the Advancement of Science in Public Policy, led by Kipling Warner, seeks to challenge and obtain compensation for various measures, mandates and restrictions imposed in response to the pandemic. Provincial health officer Dr. Bonnie Henry is also named as a defendant in the lawsuit.

The case will be in court Dec. 12 to 16, when the plaintiff group will try to convince the judge to allow the class action to proceed.

The group applied to have the hearings broadcast with a delay on the internet, citing widespread public interest. The provincial government opposed the application, arguing that the video could be manipulated and the court’s contempt powers are limited outside B.C.

In a decision released Thursday, Justice David Crerar ruled the public will benefit by being able to view proceedings.

“I agree with the plaintiff that our recent years have witnessed a proliferation of conspiratorial and uninformed statements about the functioning of different branches of the government, including the courts,” he ruled.

“It is hoped that the broadcast of these proceedings will, in its small part, show that courts in Canada will hear and adjudicate applications before them in a principled, independent, and neutral manner, without fear or favour.”

Cameras are extremely rare in B.C. courtrooms. Past instances of webcasts have been mostly limited to cases where hearings are made available to remote Indigenous communities on cases relevant to them. And in those cases, hearings were never broadcast on the wider internet.

The judge noted that there will be no witnesses appearing at the hearings, which will consist mostly of lawyers referring to affidavits and cases while making arguments.

The Supreme Court of Canada has broadcast similar hearings since 2009.

The provincial government argued that inflammatory and violent comments made on the internet, that when associated with the broadcast, could demean the court and risk violence.

Justice Crerar ruled that will happen regardless of if the hearings are broadcast or not.

“The internet is already a cesspit of misinformed and at times deranged statements about almost every topic, including our courts. Such poison exists regardless of whether court proceedings are broadcast,” he ruled.

“Again, the broadcast will perhaps serve to strive to convince the reasonable viewer of the fair and impartial adjudication of this matter.”

Justice Crerar noted that despite “the vastness of the internet and its infinite ability to inspire human mischief,” there is no evidence that Supreme Court of Canada broadcasts have been abused.

The judge's order will limit the broadcast to a single static camera featuring only the faces of counsel for the plaintiff and the judge, unless others consent.

The broadcast will also be delayed significantly — the day’s hearings will not be made public until 5 p.m. the following day so faces can be blurred if needed.

Recording and republication of the broadcast is prohibited and multiple large notices and a watermark will warn the viewer. The broadcast will have to be hosted on a non-monetized site without a comment section.

Lawyers for both sides will have leeway to hammer out details in advance of the hearing dates, and Justice Crerar said the broadcast process will be closely watched by the courts. He will not hesitate to order it taken down if abused, he said.