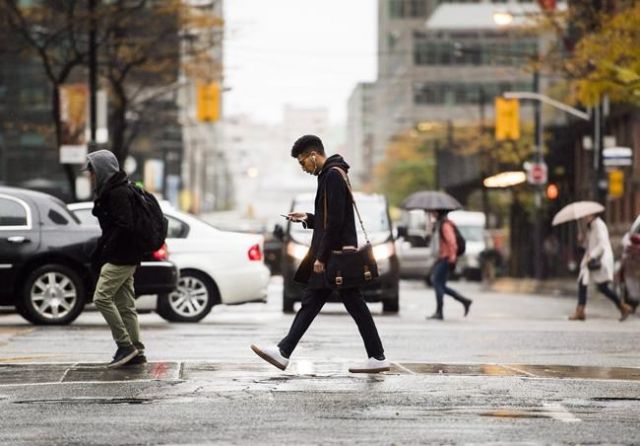 Since the global onset of COVID-19, Canada has been gradually closing the gap with the United States when it comes to attracting and keeping an important economic prize: new permanent residents.

The annual number of permanent residents admitted to the U.S. was well below pre-pandemic levels in 2021, while Canada welcomed the most newcomers ever in a single year, analysis by the Association for Canadian Studies shows.

It's a record that will likely be beaten more than once in the coming years, as a Canadian federal immigration plan released earlier this month aims to admit 465,000 new permanent residents in 2023 and 500,000 a year by 2025, with a particular focus on bringing in people with needed skills and experience.

In Canada, "immigration is the single factor driving economic growth, and the market right now is calling for more immigration to meet labour market needs," said Jack Jedwab, president of the Association for Canadian Studies.

"That's not the discourse in the United States — not to the same degree."

The U.S. is, of course, just as aware of the link between legal migration and economic growth. But the American conversation is invariably dominated by politically loaded concerns about those in the country, or seeking entry, without legal status.

On Tuesday, the Supreme Court began hearing a challenge from Republican-led Texas and Louisiana to the more selective approach President Joe Biden's administration wants to take when it comes to enforcing immigration laws.

Rather than the zero-tolerance approach of the Trump administration, Homeland Security Secretary Alejandro Mayorkas wants enforcement efforts to focus instead on direct threats to public safety and national security — an approach known as prosecutorial discretion.

At the same time, recent census data shows population growth in the U.S. has been flatlining, thanks to lower net migration levels, a decline in fertility and a spike in the mortality rate fuelled by an aging population as well as COVID-19.

The annual growth rate reported at the end of 2021 was just 0.1 per cent, the lowest since the country's founding, according to the U.S. Census Bureau.

Not only is Canada attracting crowds of newcomers, meanwhile, those new permanent residents are contributing to the highest levels of workforce education in the G7, new census numbers from north of the border show.

But obstacles to unlocking that potential — housing and a persistent disconnect in how Canada acknowledges foreign credentials chief among them — remain stubborn.

"This narrow-minded attitude ignores the fact that most other G20 countries have skills training and education programs that are equal to, if not better than, their Canadian counterparts."

Finding room presents its own challenges. Newcomers have long preferred to settle in or near their own ethnic communities, which in Canada often means gravitating toward one of three major cities: Toronto, Vancouver and Montreal.

Jedwab's research found that in 2021, Toronto topped the list of North American destinations for new permanent residents, outranking the New York City area for the first time ever, with Vancouver a distant third.

"I think there's some significance in the way the pattern of settlement of immigration in the two countries has been very different," he said.

"The extent to which Toronto is the central point in Canada, and now North America, for immigration — it's going to be very significant."

New York, a city where the suburban archetype of backyards and picket fences has long been dismissed as fantasy, could be a helpful model, said Sharry Aiken, a law professor at Queen's University in Kingston, Ont., who specializes in immigration policy.

"People live and die in New York as middle class, upper-middle class, and don't expect to necessarily own their own home," Aiken said.

"There's a need to rethink the housing strategy in Canada, because very short-term, that's the key need for newcomers: they land in Canada, they need a place to live. If there's any real challenge around absorption right now, it's housing."

Aiken also dismissed as "wrong-headed" the Ontario government's controversial efforts to spur housing developments in part of a protected area north of the city known as the Greenbelt.

"I don't think the answer is necessarily to be taking over greenbelts, in Ontario or elsewhere, to provide that housing. I think it has to be to rethink the way people are housed."