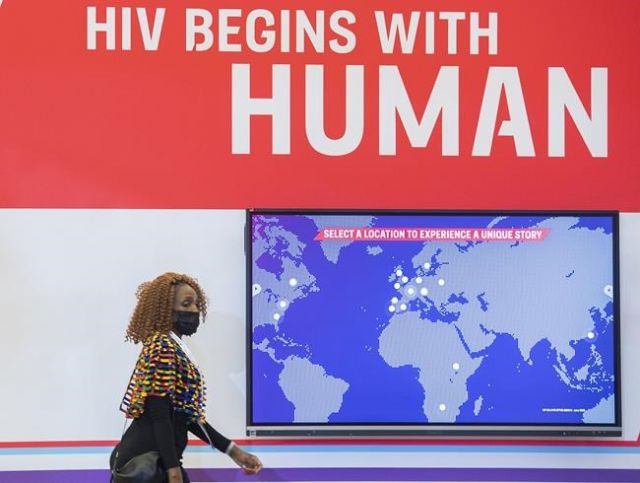 HIV activists are marking World AIDS Day by urging Ottawa to help stop a global backslide in progress on stemming infections and stigma.

"It's clear to us that this government is seized of the issue, but the truth of the matter is, no movement is happening quickly enough for people with HIV living in Canada," says Janet Butler-McPhee, who co-leads the HIV Legal Network in Toronto.

The Public Health Agency of Canada estimated that 62,790 people in Canada were living with HIV in 2020, and that 10 per cent of them didn't know they had the virus.

That represented a slight drop in overall cases from 2018, but an increase among the most vulnerable.

Indigenous people accounted for nearly one-fifth of new HIV infections in Canada in 2020, the data say. That year, women and people who inject drugs made up an increasing share of infections, while men who have sex with men made up a smaller share.

Advocates argue that the numbers reflect the uneven effects of the COVID-19 pandemic.

Butler-McPhee noted that the Harper and Trudeau governments both pledged funding for grassroots groups that serve people with HIV that hasn't fully materialized, despite the added factors of a toxic drug crisis and the COVID-19 pandemic.

"You're talking about organizations who have had to pivot pretty significantly and take on new work without funding that has been long-promised," she said.

Meanwhile, Canada continues to trail its peers in criminalizing HIV non-disclosure. Canadians living with the virus can be prosecuted for not disclosing their status to sexual partners, even when prescription drugs make it impossible to transmit the virus.

"Criminalization can lead to the stigmatization of people living with HIV, which can often discourage individuals from being tested or seeking treatment," the Department of Justice noted in October.

The Liberals have been promising to fix the issue since 2016, but only launched a national consultation in October. They have also asked prosecutors to avoid criminalizing people with HIV in the territories, while suggesting provinces follow suit, with mixed success.

"For the last six years, there has been a recognition by this federal government that HIV criminalization is an issue in Canada, but there has been not as much movement as we'd like to see," said India Annamanthadoo, a lawyer with the HIV Legal Network.

That's put a dent in progress toward the United Nations sustainable development goal of ending the epidemic of HIV-AIDS by 2030.

Before the pandemic, the UN's joint program on AIDS reported that AIDS-related deaths had gone down by 68 per cent since the peak in 2004, and by 52 per cent since 2010.

Thursday marks World AIDS Day, which the United Nations has marked every year since 1988. The disease has killed roughly 40 million people, including 650,000 in 2021.

In a report this week, the agency said inequalities will make it impossible to reach global targets, whether it's the presence of girls and women in school or continued stigma against men who have sex with men.

Girls and women in sub-Saharan Africa aged 15 to 24 are acquiring HIV at rates three times that of males in the same age group, the agency reported.

Gay men and people engaged in sex work are more likely to avoid HIV testing when the country they live in criminalizes their behaviour, the agency says.

In September, Canada was praised for pledging $1.2 billion to the Global Fund to Fight AIDS, Tuberculosis and Malaria, after months of concern that Ottawa would pull back its funding.

The move came after the Liberals cancelled a ministerial address to the International AIDS Conference in Montreal this summer, a summit clouded by controversy after African delegates were refused visas.

Trevor Stratton, an Ojibwa activist with the group, told an online panel on Wednesday that Ottawa ought to launch an inquiry into the disproportionate rates of HIV among Indigenous peoples.

"It's a national embarrassment; when I travel internationally I am actually embarrassed to be a citizen of Canada," he said.