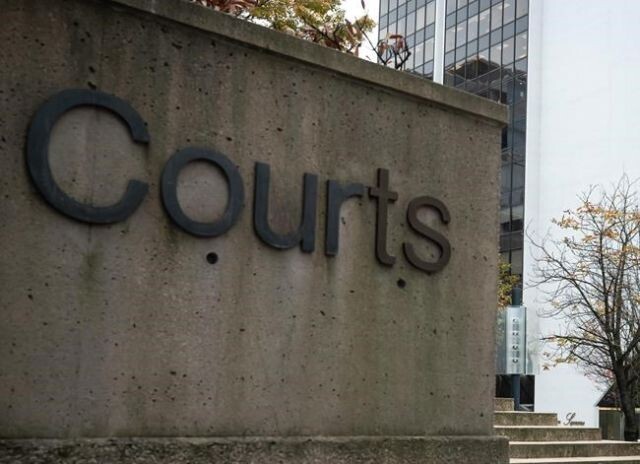 A B.C. lawyer who improperly moved $2.1 million through his trust accounts for a client’s shady business transactions, cryptocurrency transfers and luxury good purchases has had money laundering allegations dropped upon reaching a settlement with a Law Society of BC disciplinary panel.

In a Nov. 9 decision, the panel suspended Samuel Osei for four months and fined him $3,500.

The panel chalked up many of Osei’s mistakes to being a relatively new lawyer with little experience. Osei was nevertheless found to have committed “professional misconduct” by allowing a client to “effectively” use trust accounts — which are not subject to federal money laundering and terrorist financing reporting laws — as a personal bank account while simultaneously not verifying source of funds nor properly identifying his client and associates despite what the panel saw as red flags.

Osei graduated from the University of Victoria law school in 2013, was called to the B.C. bar in 2014 and first worked in Prince George until moving to the Lower Mainland in March 2016.

Osei started as a sole practitioner in the Lower Mainland and had limited contact with other lawyers, except one whom he shared an office space with.

That lawyer referred one client (“MP”), whose transactions raised money laundering concerns from law society investigators following a routine audit. Osei initially did not obtain identification from the client, believing he didn’t need to because the client was referred by another lawyer.

From April 2016 to August 2017, the client paid Osei $5,000 per month, which accounted for the “lion’s share” of his income; the client relationship lasted until December 2017, noted the disciplinary ruling. The ruling outlines numerous six-figure transactions that took place through Osei’s trust accounts, which may only be used for legal services per society regulations.

On one occasion, Osei received $390,000 in trust from two numbered companies that showed no tangible connection to the client. Osei went on to disburse $425,000 to three investment firms at the direction of the client but “had little to no knowledge of the corporate identities involved” and performed no legal work in connection with those transactions; nor did he verify the source of the funds, the law society found.

In July 2017, Osei then deposited $200,000 into a trust account from a cryptocurrency purchaser, as a security deposit. At a subsequent meeting, Osei witnessed a $210,000 cash transfer (using a cash counting machine) for crypto assets and returned the deposit.

After receiving more large deposits, Osei helped the client with another large cryptocurrency purchase by sending $390,000 from a trust account to an associate of his client, whom he never met or communicated with.

The society noted a number of “red flags” that should have given Osei pause, including receiving an email from a Canadian bank that the client had been refused an account because he did not have a social insurance number, and because a credit bureau report indicated potential fraud.

Osei was also provided instructions from the client about what to do with funds held in trust in the event the client could not be contacted.

At one point, Osei appeared to awaken to some of the dealings, as he was brushing up on legal literature, including money laundering. He subsequently called a law society practice advisor about concerns he had regarding his client’s transactions. But Osei continued working for the client, despite being advised not to.

Osei continued to allow the client to deposit and disburse almost $500,000 through his trust account, all the while performing little or no legal work, according to the law society.

“The respondent (Osei) effectively allowed MP (the client) to use the respondent’s trust account as a bank account,” noted the panel.

“This conduct is a marked departure from that conduct the law society expects of lawyers,” stated the panel.

The panel took into account what it says were mitigating factors.

Osei sought help from an advisor — although on the other hand he continued on with his client relationship, the panel noted. The panel also acknowledged Osei’s lack of experience as a mitigating factor.

“A sanction in a matter such as this must ensure that the public has confidence in the legal profession’s ability to regulate lawyers’ use of their trust accounts and prevent illegitimate transactions that may be or lead to money laundering,” concluded the panel.

“It is mitigating that the respondent (Osei) has taken responsibility and acknowledged his misconduct. While the admission of misconduct was on the eve of this hearing, the respondent had previously admitted the facts set out in the [agreed statement of facts], saving significant time and witness scheduling.”

The Commission of Inquiry into Money Laundering in B.C. made several recommendations to the society in June, including to limit trust fund use, broaden identification processes and improve training and education for auditors and lawyers.

Lawyers are self-regulated through the society and won a landmark Supreme Court of Canada decision in 2015 affirming that right, so as to maintain solicitor-client privileges over government intrusions, including laws intended to curb suspicious transactions.

The commission noted the society has the ability to refer matters to law enforcement when there is evidence of a potential offence.