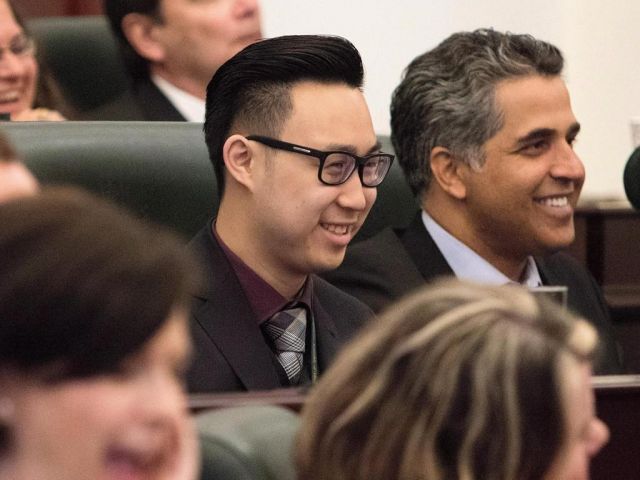 An Alberta legislature member who admitted to hacking the province's COVID-19 vaccine records portal has been ordered to pay a $7,200 fine.

Thomas Dang was sentenced by a provincial court judge today and must pay the fine by the end of June.

Dang, who sits as an Independent member representing Edmonton-South, pleaded guilty on Nov. 4 to a Health Information Act charge of illegally attempting to access private information.

He is a former member of the NDP caucus but left almost a year ago when RCMP began investigating a hack of Alberta's COVID-19 vaccine website.

Dang admitted to using his computer to follow up on a tip from a constituent about possible loopholes that were allowing access to people's private health information on the website.

He said that when he ran into roadblocks trying to breach the vaccination site, he used former premier Jason Kenney's birth date and vaccination dates, both publicly available, which allowed him to breach the site's privacy safeguards.

The 27-year-old has said he does not plan to seek re-election in the spring 2023 vote.