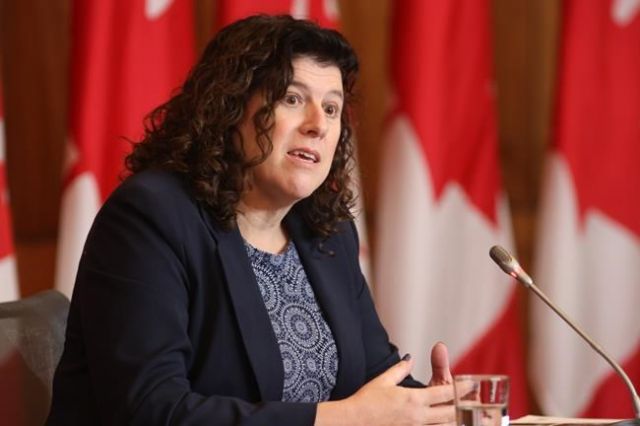 The federal government cannot blame its failure to improve First Nations emergency management on a lack of outreach from the communities themselves, Canada's auditor general said Monday.

Ottawa should, "in the true spirit of reconciliation," review which First Nations need help the most instead of waiting for those communities to ask for assistance, Karen Hogan told a House of Commons committee studying her latest report on the federal government's performance helping Indigenous communities prepare for natural disasters.

She began her testimony by outlining how she is the third auditor general to flag concerns about the federal approach to the issue, which her report concludes is more reactive than proactive.

"In 2011, at the end of her mandate as auditor general of Canada, Sheila Fraser summed up her impressions of the government's actions after 10 years of audits and related recommendations on First Nations issues with the word 'unacceptable,'" Hogan said.

Five years after that, Fraser's successor, Michael Ferguson, ratcheted up his language to call Ottawa's performance "beyond unacceptable," Hogan continued.

"We are now into decades of audits of programs and government commitments that have repeatedly failed to effectively serve Canada's Indigenous peoples," she said.

"It is clear to me that strong words are not driving change."

Her recent report says the government has yet to identify which of the hundreds of First Nations across the country are the least equipped to handle natural disasters. The report notes the same issue was flagged in 2013, but the government has not moved to correct it.

Such an analysis would have allowed Indigenous Services Canada, the department responsible for providing services to First Nations, to target its spending and ensure that communities have the infrastructure in place to mitigate the effects of floods or fires, the report says.

"You have to come to the table with the community," Hogan said Monday.

Many Indigenous communities have experienced recurring natural disasters, Hogan said. "I'm sure that they feel at times let down," she added.

"Actions speak a lot louder than words, so I would encourage Indigenous Services Canada to take a full, comprehensive inventory of what they believe the needs are of First Nations communities in this area and then start taking some concrete actions to find ways to address that."

Prime Minister Justin Trudeau has made advancing reconciliation with Indigenous Peoples a major priority for his Liberal government since he came to power in 2015.

But Hogan's report says Indigenous Services Canada, a department created when Trudeau split the former Department of Indigenous Affairs into two in 2017, is failing to provide First Nations with the assistance needed to handle natural disasters — which she noted are happening more frequently because of climate change.

Hogan's findings emphasize the devastating consequences that Indigenous communities experience when they are forced to relocate from their traditional lands because of evacuations.

The report also concludes that Ottawa is paying the price for not being proactive, with the federal government spending 3.5 times more money helping First Nations recover from such disasters than it is on helping them prepare.

As of April, Indigenous Services Canada had a backlog of 112 infrastructure projects intended to help communities mitigate the impact of floods and fires, the audit found.

Hogan's office says 74 of the projects were waiting on funding for more than five years.

The minimum cost of getting all 112 projects built that the report cites — $291 million — is an underestimate, Hogan told the committee, because costing has not yet been finalized for 43 of the projects.

Based on the First Nations Infrastructure Fund's annual budget of $12 million, that minimum spend would take 24 years to complete, per the audit.

Hogan said that the deputy minister of the department told her officials are sitting down with communities to glean a better understanding of their specific needs — and then responding to those needs by directing them to apply for funding under existing programs.

"And that's where I would challenge that perhaps a different way forward might be more responsive to the unique needs of every community," she said.