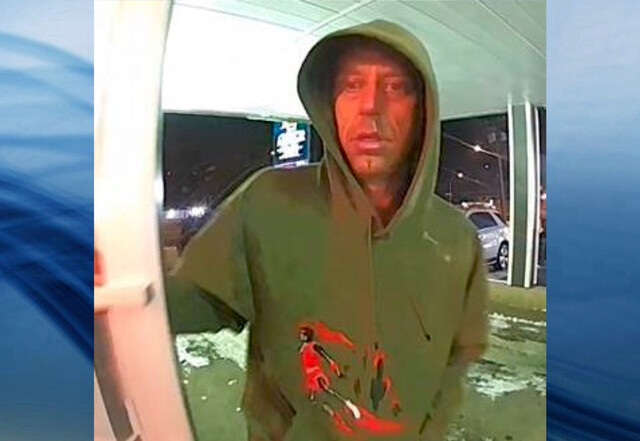 Photo: RCMP
Joseph Driscoll was last seen in the Valleyview area in the early-morning hours of Nov. 12.

Police are renewing their call for tips in the case of an Okanagan man who went missing during a visit to Kamloops earlier this month, asking residents to check sheds and outbuildings for any sign of him.

Joseph Driscoll, 43, was last in touch with friends or family on Nov. 11.

Since the initial appeal to the public, police have collected video footage that confirms Joseph was not dressed for the weather and was outside in the Valleyview area for some time,” RCMP Cpl. Crystal Evelyn said in a news release.

“Police are very concerned for his wellbeing and are asking residents to please check their sheds and outbuildings, as well as their home security or dash cameras, for any signs that he could have been there.”

“We are releasing this image of Joseph taken around 1:30 a.m. in hopes that someone will recognize him or his clothing, in particular his dark sweater with fluorescent characters on the front,” Evelyn said.

Driscoll, who lives in Kelowna, is described as standing five-foot-10 and weighing 166 pounds. He is bald with green eyes and has tribal tattoos on his neck and upper back, as well as a skull tattoo on his left forearm.

Anyone with information about Driscoll’s whereabouts can call police at 250-828-3000.