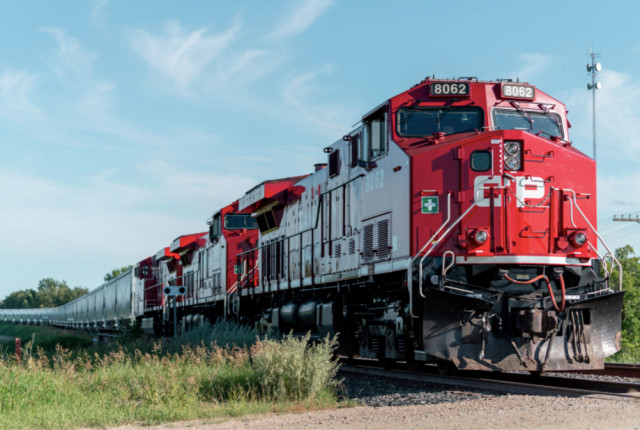 Port Coquitlam fire crews were called to the scene of a three-car train derailment on CP Rail property Monday morning.

Chief Robert Kipps confirmed that firefighters were called to the scene after three slow moving cars containing diesel fuel left the tracks due to a switching "problem."

One even toppled onto its side. but Kipps said there was no risk to the public.

"We didn’t see any leaking what so ever," said Kipps, who added that there was "no fire risk" to the community.

He said CP Rail had hazardous material teams on site and firefighters left after an assessment.

Cranes were brought in to pull the rail cars back onto the tracks.

The Tri-City News has reached out to CP Rail for more information and will update the story when more details become available.

Kipps said he was told the cars were moving slowly when a "switching problem" caused the rail cars to leave the tracks.

"Our city fire department assessed the threat and there were no issues," Kipps said.

A significant fire four years ago

Four years ago there was a significant fire at the rail yard.

No one was injured but the incident forced the evacuation of all residents and businesses within an 800-metre radius and shut down Lougheed Highway between Shaughnessy Street and Coast Meridian Road.

The 2018 fire prompted an extensive investigation and resulted in improved emergency protocols.

In February, 2022, a beaver died after being poisoned from a diesel fuel spill at the CP Rail operation.

CP Rail said at the time that it hired a contractor to clean up the fuel.