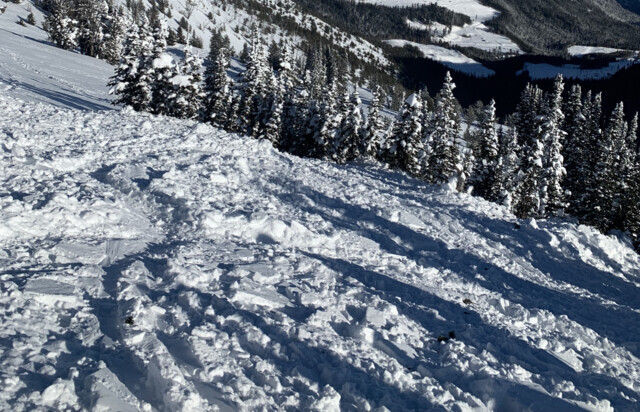 Photo: Avalache Canada
A slide in the Powder 8 Bowl, southwest of Penticton in January, 2022.

Avalanche Canada is making significant changes to its avalanche forecasting system as we head into the busy winter recreation season.

The new flexible forecast system means there will no longer be fixed forecast regions or region names. Instead, the boundaries will change with the conditions.

For example, regions impacted by weather systems or existing avalanche problems can be separated from areas that are not affected. When conditions are relatively uniform over large areas, users can expect to see fewer forecast regions. Conversely, when variability is high there will be more forecast regions to reflect this. Forecasters will determine the regional boundaries every day.

“We’ve made these changes to tackle one of the biggest problems with our old system, which was variability in conditions across large regions,” explains Grant Helgeson, Avalanche Canada’s Product Manager. “We’re excited about this new approach and we’re confident it will provide a better experience for our users.”

The look of the Avalanche Canada homepage map has also changed to keep it in line with the approach used by most public forecasting agencies worldwide.

The regions are coloured to reflect their highest danger rating. If you hover over the area, you will see an abbreviated description. This gives backcountry enthusiasts a better idea of the danger where they plan to recreate. There’s even a colour-blind safe version.

Users can also now enter their destination in the search bar and the map will centre on that location. The corresponding forecast can be opened with a single click.

Some things will be staying the same, including the structure of the information included in the daily forecasts and the expected trend for the following two days. Each forecast also still provides terrain and travel advice, identifies avalanche problems, and delivers summaries of the snowpack, weather, and regional avalanche observations.

Avalanche Canada is a non-profit, non-government organization with a vision to inspire, engage, and empower recreationists to enjoy Canada's winter backcountry and be safe from avalanches.

Currently, the area that includes mountain ranges to the east of the Okanagan and Thompson regions has a moderate avalanche risk. Avalanche Canada says recent snow overlies various layers that could produce slab avalanches, but a cooling trend may decrease, but not eliminate, the potential of slides.

The danger rating further east, into the Columbia-Kootenay regions, is listed as considerable.