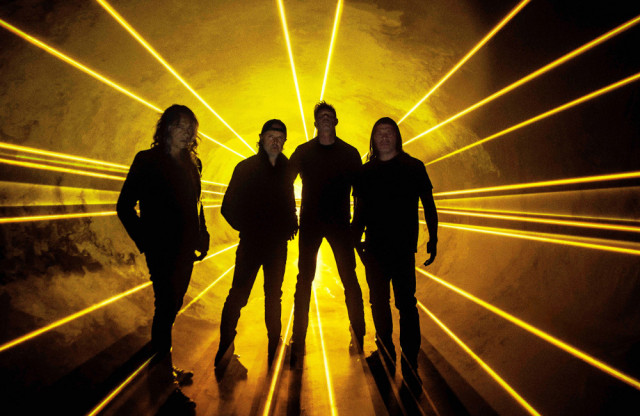 Metallica are releasing a new album and heading on a huge world tour.

Frontman James Hetfield, 59, said: “72 seasons. The first 18 years of our lives that form our true or false selves. The concept that we were told ‘who we are’ by our parents.

“A possible pigeonholing around what kind of personality we are. I think the most interesting part of this is the continued study of those core beliefs and how it affects our perception of the world today.

“Much of our adult experience is re-enactment or reaction to these childhood experiences. Prisoners of childhood or breaking free of those bondages we carry.”

A first taste of the new album, produced by James, Greg Fidelman and Lars Ulrich, can be heard on their new single ‘Lux Æterna’, while the album can be pre-ordered in digital and physical formats from Wednesday November 30.

The European leg of Metallica’s world tour will start in Amsterdam on April 27, 2023, and take in Paris, Hamburg and Gothenburg in May and June, before the group go on to North America.

They will then return to Europe for the second leg throughout May, June and July 2024, followed by more dates in North America.

The tour includes two nights in each city and promises a “no repeat weekend” of two different sets and opening acts.

A portion of proceeds from every ticket sold for the tour will go to the band’s ‘All Within My Hands’ foundation.

Founded in 2017, AWMH’s efforts to assist and enrich the lives of members of the communities who have supported the band have raised nearly $13 million – providing $5.9 million in grants to career and technical education programs in the US, over $2.5 million to combat food insecurity, and more than $3.2 million to disaster relief efforts worldwide.

Two-day tickets will be on sale Friday, December 2 at ticketmaster.com and include the option of pre-ordering ‘72 Seasons’ on vinyl and/or CD.

Single day tickets will be available from January 20.