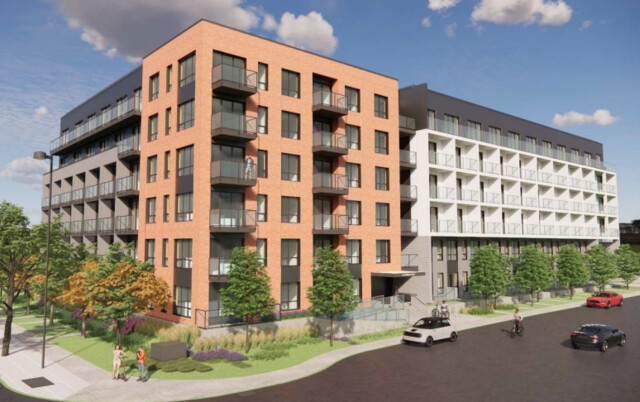 A large apartment project is being proposed in Rutland at the corner of Highway 33 and Barber Road.

A Calgary architecture business called MTA has submitted a development permit application along with plans to the City of Kelowna for a six-storey, 161-unit development that would feature townhouses at street level. MTA is also asking for a site-specific text amendment to reduce the minimum amount of ground-floor commercial space along Highway 33 from the required 90% to none.

“The proposed development is focused on providing units that respond to the needs of affordable market housing in the area,” MTA wrote in its application letter. “The project has a specific focus of providing units that would be geared towards students and young couples.”

The development would feature a mix of studio, one-bedroom and two-bedroom units—the latter of which would be available on both one and two levels.

Two levels of underground parking would also be part of the project. MTA has asked for a Development Variance Permit to reduce the minimum number of parking spaces from 159 to 154.

The applications will make the rounds among city hall planners before being put before council.