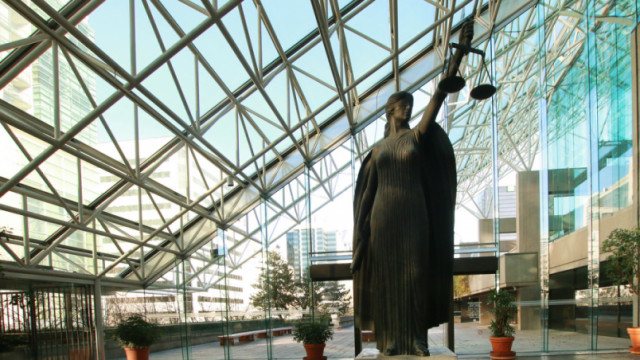 Photo: .
One lawyer has been suspended for six months and ordered to pay costs of $24,084.86 while the other will face a disciplinary hearing in the near future.

In one case, lawyer Marc Andre Scheirer was found on Dec. 13, 2021 to have committed professional misconduct after inviting a female client over to his house to discuss her family law matter, only to change from his business suit into shorts and an unbuttoned shirt, pour himself a martini and sit next to her on the couch with his arm around her back. The client stood up and left.

“With respect to the dishonourable conduct, the respondent (Scheirer) submitted that he was between offices, that this was the only time he had met a client at his home, and that he had the flu and a fractured rib, the pain of which was alleviated by placing his arm on the back of the couch,” stated a Law Society of BC hearing panel in a Nov. 15 disciplinary ruling.

Scheirer said he’s been treated for alcohol dependency and while he stated he was remorseful, circumstantial evidence led the panel to not accept he had “acknowledged his misconduct in a meaningful or sufficient way.”

The panel also found Scheirer failed to “provide the quality of service required of a competent lawyer,” between April 2018 and January 2019.

Scheirer took “no meaningful steps to advance her case. Amongst his failures to provide appropriate service, the respondent did not keep the complainant informed, did not respond to her requests for information, did not respond to her telephone calls, never explained to her that he was unable to proceed with her legal claim as she wished, and did not maintain an appropriate file,” wrote the law society panel.

Scheirer has now been suspended for six months and ordered to pay costs of $24,084.86.

On Nov. 7, a Law Society of BC hearing panel found Heflin’s admitted actions, while he was engaged in a solicitor-client relationship, “were unwelcome sexual conduct and resulted in adverse consequences” for his female client, who was suffering from stress and anxiety at the time.

Heflin was found to have sexually harassed the client who had retained him in 2017 for a child and spousal support case.

The misconduct surrounds a meeting the two had inside the Victoria courthouse, where some sexual activity — kissing and touching — took place. However, it was argued by Heflin that the activity took place moments after the professional relationship was technically terminated by a Notice of Intention to Act in Person.

After the client filed a complaint with the society, the panel ruled that the client did not expressly consent to the sexual activity with Heflin. As well, there had still been discussion between the two about acting for the client in the future. Furthermore, the activity took place in a courthouse.

“The respondent (Heflin) admitted to expressing an interest in having a sexual relationship with X (the client) while he was still her counsel, he then asked her to sign a Notice of Intention to Act in Person without fully explaining its implications, he then filed the Notice of Intention to Act in Person and mere moments later, he kissed X, while still in the courthouse. Further, X still owed the respondent payment for legal fees,” noted the panel, which disagreed with Heflin that there was no power imbalance.

Heflin is to face a disciplinary hearing in the near future.