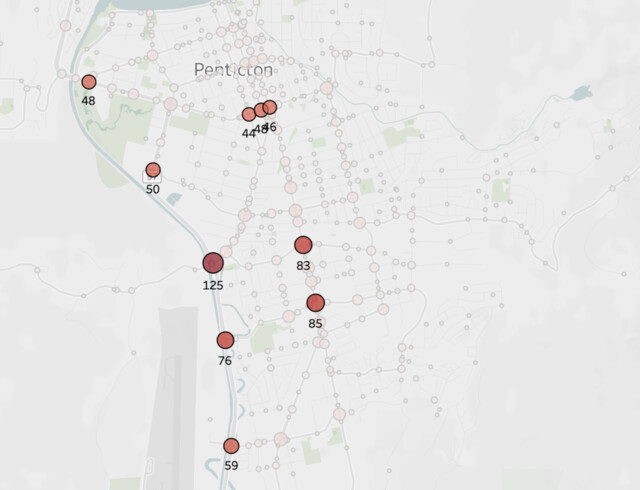 Newly updated crash data from ICBC illuminates the City of Penticton's most dangerous intersections, and it will likely be no surprise to any local drivers what location topped the list.

The Channel Parkway at Fairview Road/Green Mountain Road saw 125 crashes between 2017 and 2021, according to the new information.

It was also number one for casualty crashes — meaning they involved an injury or fatality — with 57.

Twenty-six intersections in the city had 25 or more crashes during that time period.

The top ten crash spots were: