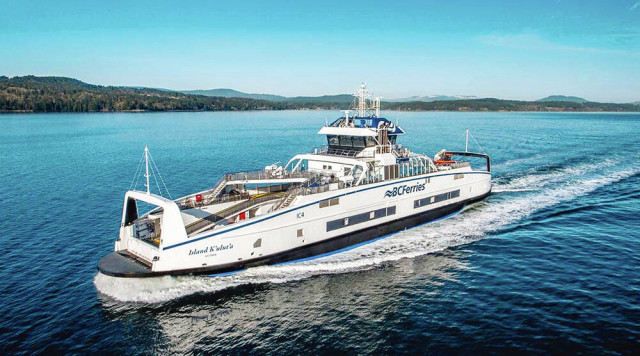 B.C. Ferries is preparing to order up to four new Island-class ferries to help alleviate pressure on busy inter-island routes.

On Wednesday, the company issued a request for pre-qualifications so that B.C. Ferries can create a short list of shipyards. Yards have until Dec. 22 to respond.

“As per our usual practice, the RFPQ will be open to British Columbian, national and international companies,” said B.C. Ferries spokesperson Deborah Marshall.

The capital plan calls for the new ferries to enter service from 2024 to 2028, she said.

This call-out to shipyards comes as Gulf Islands communities are crying out for more capacity on ferries.

Residents and businesses complain of multi-sailing waits as existing small ferries and their crews try to meet the growing demand fuelled by population growth on the islands and a building boom.

Heavy trucks filled with construction materials such as aggregate are taking up significant amounts of weight allowances on many sailings.

Four new Island-class ferries vessels would add to the six already delivered, bringing the total to 10. Each 265-foot-long ferry can carry 47 vehicles and up to 300 passengers and crew members.

All six Island-class ferries were built by Netherlands-based Damen Shipyards in Romania.

“These ships will replace the Powell River Queen and will provide more capacity and more frequent service for our customers, like the service we introduced on the Gabriola route in the spring of 2022.”

As well, $150 million was estimated in 2021 to be the cost of installing charging infrastructure at nine terminals to allow ferries to run on electricity, he said. That project has yet to be funded.