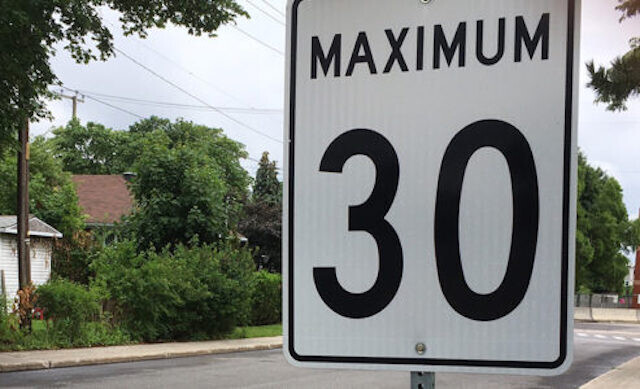 A reader asks: "If the posted speed limits on our roadways are not just suggestions, why are they not enforced? If we are permitted to drive above the posted limit, how far above, and if so, how is anyone ever cited for speeding?"

Speed limits in British Columbia are not suggestions when set by law or posted on a regulatory sign.

Exceeding them is what is known as an “absolute liability offence”—you are either speeding or you are not. Technically, even one kilometre per hour above the limit is speeding.

In traffic court, if that can be proven, the judge may choose to convict you.

Just how far can you push before the ticket book is exercised? Most drivers seem to feel that 10 km/h over the limit is acceptable, but it depends on the officer and the circumstances.

Radar and laser speed measuring devices are highly accurate and the widest tolerance today is probably +/- 1 km/h at 50 km/h. In contrast, your speedometer could be out by as much as 10 km/h and still be considered "close enough" by the manufacturer.

If you've modified the driveline in any way, the accuracy could be even worse. Should this be allowed for?

If you are driving in a school zone at noon and there are children present, would it be better to be more exacting than on a sunny day with light traffic on a straight highway in the countryside?

With so many vehicles out there driven 20 km/h or 30 km/h over the limit, should an officer bother with those at five km/h over in places frequented by vulnerable road users?

B.C.'s original photo radar program ended when voters chose a government that promised its removal, even though the program proved to be effective.

It is returning slowly today as it is incorporated with red light cameras at intersections with high collision rates.

Some of the speeds recorded have been significant, as much as 121 km/h over the limit. But as long as the owner pays the $483 fine, there are no penalty points or vehicle impounds to deter these truly dangerous drivers.

So, in short, no, you are not permitted to drive faster than the speed limit.

Practically however, if you push the boundaries, you take a chances of receiving a ticket. You also take a chance with everyone you share the road with.

Yellow tape means an accident has been checked 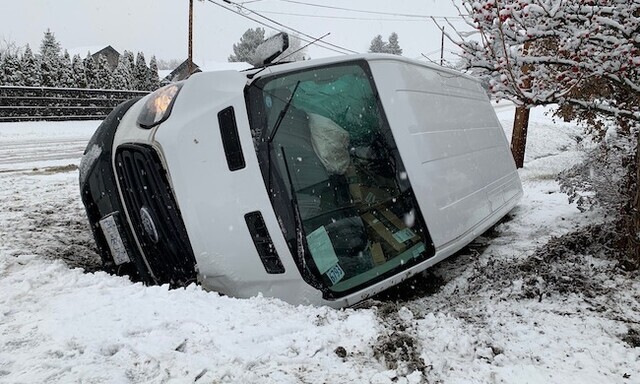 When winter weather turned bad suddenly, I would often find my shift (as a police officer) was a busy one, driving from vehicle to vehicle in the ditch at the side of the road.

Of course, we were obligated to check collisions and insure no one was hurt, but in this situation manpower often did not match the number of incidents reported. The situation was made worse by repeated reports of the same vehicle with a different description and location.

In 2008, the province implemented a solution to this issue. Once police, fire, ambulance or road maintenance workers check a vehicle and find it is abandoned and no aid is needed, they flag it as having been checked with tape. The tape is tied to the vehicle on the side closest to the highway.

So, if you come across a vehicle in the ditch on the side of the highway, please be alert for this bright yellow tape. If it is present and attached to the vehicle, there is no need to notify police. Someone has already been there and they don't need to visit again. If not, you may choose to stop and help.

I often wished people would stop and check before they grabbed their cell phones and reported a crashed vehicle. If the situation was serious, the appropriate support could be arranged, but if the vehicle was empty and no one was around, we could assign a lower priority and check on others first.

Along with these details, an accurate location for the collision can be critical.

If you do stop to help, your first responsibility is to yourself.

• Stop as far out of harm's way as possible and do what you can to alert approaching traffic.

• Assess the scene and use caution as you approach. Provide appropriate assistance within your capabilities.

• Consider re-contacting police with a follow-up report of what you found.

• Stay until first responders arrive and you can tell them about what you found.

Staying aware on the road 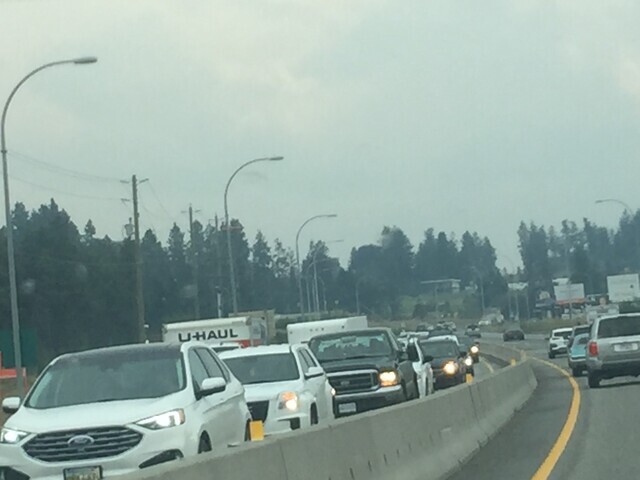 I usually talk about driver perception and reaction times in relation to using a signal light, but it applies equally well to many other areas of driving such as following distances or why the speed limit might seem low on what appears to be a straight road.

The question is how long do you need to do something such as signalling before you change lanes?

As a collision analyst, I used three-quarters of a second for perception and the same length of time for reaction if the true time was not known. What that meant was a driver who was paying attention could reasonably be expected to see something, process the situation in his or her brain and make a decision about what to do in that perception time period. Once decided upon, it took the reaction time period to carry out the action.

In total, there was supposed to be a second and a half between seeing something and beginning to carry out the necessary action in response to it.

It is possible someone could be faster, but in the real world it is far more likely that the combination of these time periods could be three or four seconds, or even more, if the driver was distracted by any of the many things we see, or choose to do, while driving.

So much for the two second rule if you are a cautious driver.

What does all of that really mean? Let's go back to the example of signalling a lane change.

If you want to be sure other drivers see your signal, decide what it is you mean to do and then act by not getting in the way. You probably need to signal for at least four seconds—four seconds before you begin to turn your steering wheel. Less might mean the other driver is still discovering or contemplating your signal and too much more may mean her or she has gone back to trying to decide what exactly it is you mean to do.

Everyone's perception and reaction times are different to some degree when we compare each other, and we vary individually according to mood, fatigue, impairment or distraction to name some familiar reasons.

Keep in mind it is risky to do something too quickly when there is other traffic near your vehicle or sight distances are short.

Never expect everyone, including yourself, is always paying attention in the right place at the right time. 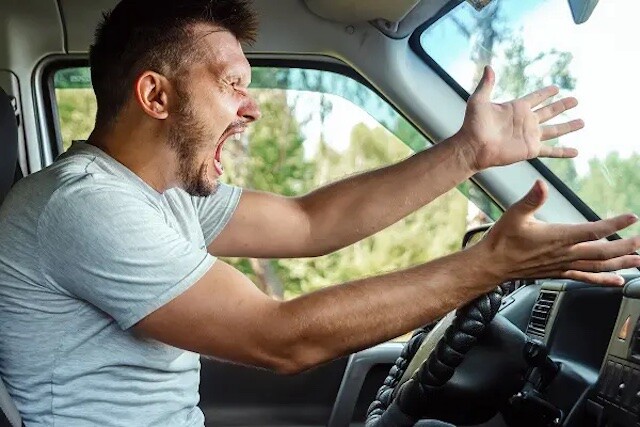 Reader Robert asked me to write about it after reading last week's article about aggressive driving. He attributes most road rage incidents to slow drivers, especially those who block the left lane.

People dislike having their driving controlled by someone else, he said.

Returning to the Wikipedia article, it expands on what might be considered road rage and says it is different from commonly encountered aggressive driving.

Those behaviours include rude and verbal insults, yelling, physical threats or dangerous driving methods targeted at other drivers, pedestrians or cyclists in an effort to intimidate or release frustration.

Road rage can lead to altercations, damage to property, assaults, and collisions that result in serious physical injuries or even death. Strategies include long horn honking, swerving, tailgating, brake checking and attempts to fight.

Incidents like those described above are not rare on B.C. highways nowadays.

An article in Psychology Today examined the causes of road rage. It found:

• Road rage can be caused by environmental factors and psychological factors.

• Impatience may lead to erratic driving, as vehicle operators prioritize speed over safety.

• Anonymity may fuel bad behaviour behind the wheel, because drivers who interact don't expect to see each other again.

My first reaction when someone involves me in a dangerous situation when driving is to avoid trouble. Sure, I might mutter a few choice words about their mental ability and ancestry, but that doesn't contribute to solving the problem and could tempt me to continue in that line of thought and make it worse.

Here are a few thoughts on what to do in making the best of what could become a bad situation:

• If you are being tailgated, get out of the way.

• Don't engage with the other driver, even if you think you are correct.

• Only use your horn to warn of danger, not to express your feelings.

• Wave to other drivers with all five fingers.

• Don't be in a hurry to get where you are going.

If you are a victim in a road rage incident, “FIDO” might be your best friend—Forget It, Drive On.