Chicago Blackhawks have reassigned Colton Dach to the Rockets 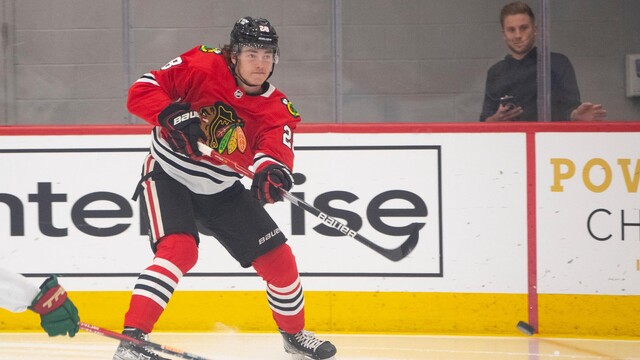 Colton Dach will be back in a Kelowna Rockets jersey soon.

The 19-year-old forward was reassigned by the Chicago Blackhawks Friday morning after suiting up for in a pre season NHL game Thursday.

It was the only pre season action for Dach who suffered a concussion during a rookie tournament in mid September.

He returned to the ice this week.

Dach, acquired prior to the start of last season from the Saskatoon Blades, had 29 goals and 50 assists in 61 games with the Rockets.

He is expected back in town this afternoon, but it's unclear whether he will suit up tonight when the Rockets entertain the Seattle Thunderbirds.

He will definitely be in the lineup for a pair of games in Victoria next Tuesday and Wednesday.