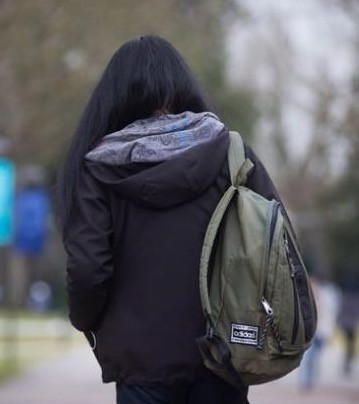 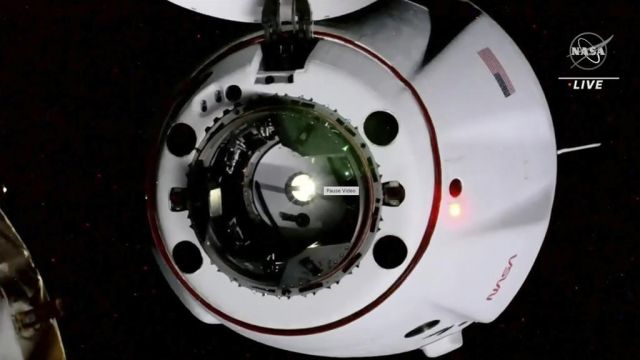 Photo: The Canadian Press
In this image from video made available by NASA, a SpaceX Crew Dragon capsule approaches the International Space Station on Thursday, Oct. 6, 2022. The crew of four includes the first Russian to launch from the U.S., in 20 years and the first Native American woman to orbit the Earth.

A Russian cosmonaut who caught a U.S. lift to the International Space Station arrived at her new home Thursday for a five-month stay, accompanied by a Japanese astronaut and two from NASA, including the first Native American woman in space.

The SpaceX capsule pulled up to the station a day after launching into orbit. The linkup occurred 420 kilometres above the Atlantic, just off the west coast of Africa.

It was the first time in 20 years that a Russian hitched a ride from NASA’s Kennedy Space Center, the result of a new agreement reached despite friction over the war in Ukraine.

Cosmonaut Anna Kikina joins two Russians already at the orbiting outpost. She’ll live and work on the Russian side until March, before returning to Earth in the same SpaceX capsule.

Riding along with Kikina: Marine Col. Nicole Mann, a member of the Wailacki of the Round Valley Indian Tribes in California, Navy Capt. Josh Cassada and Japan’s Koichi Wakata, the only experienced space flier of the bunch with five missions.

As the capsule closed in, the space station residents promised the new arrivals that their bunks were ready and the outside light was on.

“You guys are the best,” replied Mann, the capsule's commander.

Mann and her crew will replace three Americans and one Italian who will return in their own SpaceX capsule next week after almost half a year up there. Until then, 11 people will share the orbiting lab.

NASA astronaut Frank Rubio arrived two weeks ago. He launched on a Soyuz rocket from Kazakhstan, kicking off the cash-free crew swapping between NASA and the Russian Space Agency. They agreed to the plan last summer in order to always have an American and Russian at the station.

Until Elon Musk’s SpaceX started launching astronauts two years ago, NASA was forced to spend tens of millions of dollars every time an astronaut flew up on a Soyuz.