Pelley promoted from within, named new officer in charge of Kamloops RCMP 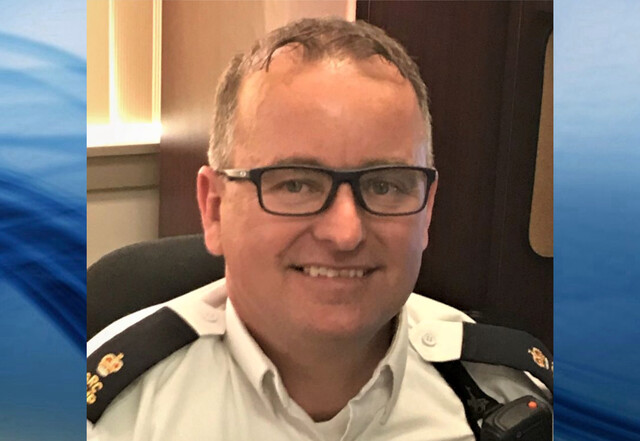 A new officer in charge has been named for the Kamloops RCMP detachment — and they didn't have to look far to find him.

In a news release, the City of Kamloops said Insp. Jeff Pelley has been selected through an interview process to step into the role that has been held for the past four years by outgoing Supt. Syd Lecky. Pelley has been operations officer at the Kamloops detachment since April of 2021.

Lecky will be leaving the local detachment to take on a new role as commander of the national police force in the Northwest Territories.

In a news release from the City of Kamloops, Mayor Ken Christian said as chief of police, Pelley will build on Lecky’s legacy “with a strong focus on evidence and community-based policing.”

“From gangs and drugs to domestic and mental health concerns, Jeff will lead from the front and is committed to calming the streets and making Kamloops a safer city.”

Pelley was chosen after a selection and interview process involving the mayor, city CAO David Trawin, and the Southeast District RCMP.

The city’s statement said Pelley grew up near Kamloops and has 23 years of experience working in various roles within the RCMP.

Pelley has also held roles as watch commander and detachment commander, and has worked with Indigenous communities throughout his career.

According to the city, Pelley has been recognized throughout his career for resolution skills, strategic planning and enforcement strategies involving gang and offender violence.

Pelley said in a statement he is thankful to be selected as commander for the Kamloops detachment.

“I look forward to building on the current successes of all the women and men and to making our community safer, as it is an amazing place to work and live,” Pelley said.

“My family and I are ecstatic that we were able to return to Kamloops last year after being posted here in 2003 as a frontline constable. I am alive to the community issues and commend our employees on their dedication and tenacity over the past year.”

Supt. Syd Lecky offered his congratulations to Pelley in a statement.

“Jeff is definitely qualified and also a great person," he said. "My sincere congratulations to Jeff who is best positioned to address the policing challenges in our community.”

According to the city, a plan will be developed to ensure a smooth transition within the next few weeks.

Once Pelley assumes the role and responsibilities, he will be formally promoted to the rank of superintendent.