BC could learn from Alberta 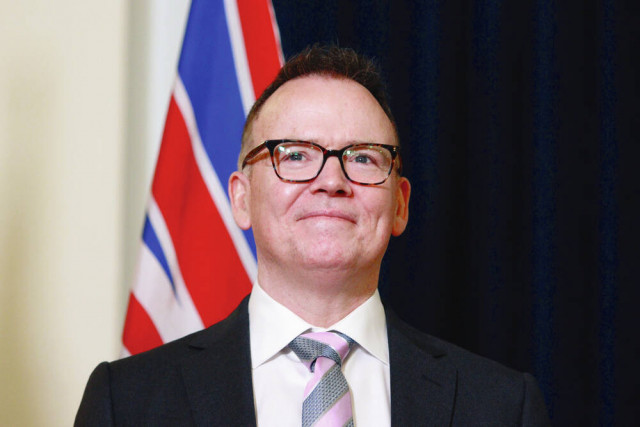 B.C. Liberal Leader Kevin Falcon says the province needs to follow Alberta’s example in its approach to the toxic-drug-overdose crisis.

That means investing “quite heavily” in addiction treatment and recovery programs rather than harm reduction, Falcon said during a media availability on Tuesday.

Falcon said Alberta is seeing reductions in deaths, whereas B.C.’s treatment and recovery options are a patchwork that isn’t working “for almost anybody.”

“The results are getting worse every year in terms of overdose deaths, and that is tragic, because these are people often in the prime of their lives that are losing lives.”

The result of the B.C. government’s focus on harm reduction is to keep people in their “addiction lifestyle,” Falcon said.

There were 92 opioid-related deaths in Alberta in July, the lowest number of opioid-related fatalities on record since April 2020, at the beginning of the pandemic, said the government. The peak was 176 deaths in November 2021.

Ellis promised to make treatment and recovery “as accessible as possible.”

In 2019, Alberta committed to funding an additional 4,000 annual treatment spaces and announced in late 2021 it had met that goal, resulting in 8,000 publicly funded annual treatment, detox and recovery spaces.

While Alberta also offers harm-reduction services, including secure consumption sites, it’s leaning more heavily toward publicly funded addiction detox and treatment, which is free for any Albertan, as well as same-day access to “opioid agonist therapy” — such as Suboxone and 30-day injectable Sublocade, which reduces cravings and helps addicts manage withdrawal — with no wait list and no fees.

Both provinces have seen declines in toxic-drug overdose deaths.

Areas experiencing the highest number of illicit drug toxicity deaths in 2022 in B.C. are Vancouver, Surrey and Greater Victoria.

The B.C. Coroners Service held death review panels into illicit drug toxicity deaths in both 2017 and 2021.

The most urgent priority in the December 2021 report “was to make a safer supply of non-toxic drugs available to those at risk of death due to dependence on the illegal drug supply,” B.C. chief coroner Lisa Lapointe said in a statement on Tuesday.

The panel report included an estimate that more than 100,000 people in B.C. have an opioid use disorder, said Lapointe, and “not all people are ready or interested in seeking treatment.” For that group, “a safer, non-toxic supply of drugs is also required.”

In a phone interview on Tuesday, Mental Health and Addictions Minister Sheila Malcolmson said because the toxic drug crisis is so complex, and the reasons that people become addicted are so multifaceted, the province’s approach must be comprehensive.

“We’ve been hitting the public health emergency from every angle — treatment and recovery and all the steps in between, detox, stabilization, post-treatment, recovery — those are all areas of major investment by our government at an unprecedented level,” said Malcolmson.

About 300 publicly funded treatment and recovery beds have been created since the ministry was formed, with hundreds more in development, said Malcolmson. A report on prolific offenders released Saturday referenced months-long waits for treatment beds, however.

There’s no data in any peer-reviewed research that the B.C. government has looked at “that demonstrates that Alberta’s investments in their treatment services are linked to health outcomes,” said Malcolmson.

In 2019 and in the first two months of 2020, deaths from toxic drug poisonings in B.C. did decrease “significantly,” but when the pandemic hit, more people who use drugs did so alone, the market shifted, and illicit drugs became increasingly more toxic, she said.

Malcolmson defended safe supply, saying it’s important regardless of the increased number of treatment beds. “If we haven’t separated people from the toxic drug supply also, they’re not alive in order to be able to step into that detox and treatment and recovery program,” she said.

“Everything that we hear says we need to have a well-rounded and multi-faceted approach and that’s what we’re implementing.”