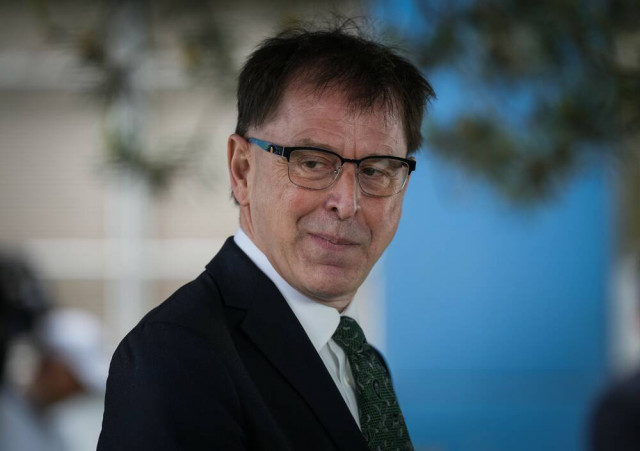 B.C. Liberal critics said the health minister must be held accountable for the health care ­system failing on several fronts including the ­doctor shortage in which an estimated one ­million British Columbians are without a family doctor, specialists who say patients with new cancer diagnoses are waiting two to three months for their first visit with an oncologist, and the slow response of ambulances to some emergency calls.

B.C. Liberal Leader Kevin Falcon cited the NDP government’s firing of B.C. Ferries’ CEO over ferry delays and cancellations and said likewise the health minister has to accept responsibility for a system in which people “are literally dying as a result of the lack of services that they’re looking for.”

“In the real world, anybody overseeing such a compilation of failure would have been fired a long time ago, but there’s been zero accountability in this NDP government, and it’s time for that to change.”

Dix, who gave no indication that he would resign, reflected during question period on the extraordinary work of health care workers during the pandemic and toxic drug overdose crisis. He noted that 99 per cent of surgeries have been completed from the tens of thousands postponed during the pandemic.

Dix also noted the hiring of about 38,000 health-care workers.

The health minister said there is no question that like every jurisdiction in the world, B.C.’s health-care workers and system are “facing challenges they have not seen before.”

Liberal health critic Shirley Bond, among those asking for Dix to resign, said when British Columbians phone 911 for medical help, there is no guarantee that an ambulance will come.

Bond noted that radiologists are the latest specialists in the province to raise alarm bells over long wait times and outdated equipment.

“They warned the minister that we are facing a tsunami of late-stage cancer cases because of delayed access to medical imaging for hundreds of thousands of people in British Columbia.”

Bond cited wait times of two months for a diagnostic breast exam, two-and-a-half months for mammograms, three months for biopsies and over one year for screening ultrasounds.

She cited the case of a 32-year-old woman with a high genetic risk of breast cancer waiting six months for a breast biopsy following an abnormal MRI result. She now requires chemotherapy and radiation for a six-centimetre tumour, said Bond.

“The minister knows this is completely unacceptable,” said Bond. “It is time that he accepted responsibility. British Columbians have lost confidence in this minister.”

Dix defended the government’s work on MRI scans saying almost 300,000 were performed amid a pandemic, up from 174,000 annually in 2016-2017. He said he’ll meet with the radiologists and “absolutely work to do better.”

The government launched the biggest immunization program in history, he said, and last week presented a plan to recruit, train and redesign the health-care system, including allowing pharmacists to refill prescriptions and, next year, to write prescriptions for minor ailments

Furstenau said she heard Dix take some responsibility but asked what accountability will look like and whether the province will strike an all-party working group on health care.

Premier John Horgan said there’s been tremendous collaboration already on significant issues but the challenges in health care are profound and require a “national response.”

Provinces want an increase in health transfer funding from the federal government as well as to work on redesigning the health system.

We can’t do it by ourselves,” said Horgan. “We need to have the federal government with us, shoulder to shoulder, to solve these profound issues.”