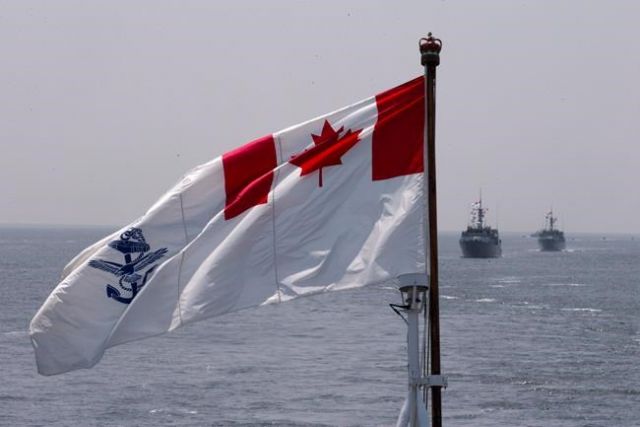 Photo: The Canadian Press
The Royal Canadian Navy Ensign flies on the HMCS Kingston and HMCS Moncton sail behind during the Parade of Ships entering the New York Harbor, Wednesday, May 25, 2016. THE CANADIAN PRESS/AP-Mary Altaffer

A naval officer serving as second in command of a Canadian minesweeper deployed to Europe was relieved of her duties over an allegation of "inappropriate conduct of a sexualized nature."

The Department of National Defence announced the move in a statement this afternoon, saying the incident is alleged to have occurred during a port visit in Lisbon, Portugal.

The department did not reveal more details or the officer's name.

The allegations against the officer have not been proven in court.

The department says senior officers are investigating internally and that relieving the officer of her duties was considered "necessary to ensure effective leadership in HMCS Kingston."

Kingston is one of two Canadian vessels along with HMCS Summerside currently deployed with a NATO task force charged with finding and clearing mines from European waters.