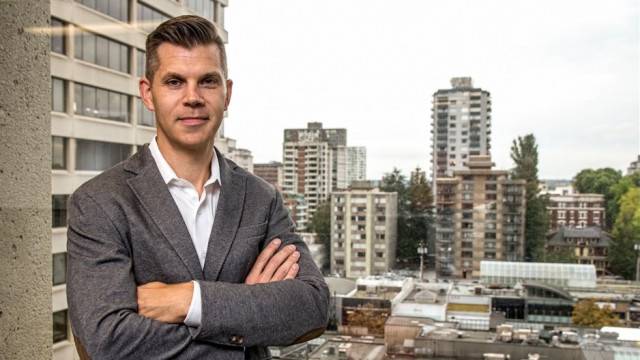 Inflation around the world is higher than it has been in recent decades, leading to interest rate hikes aimed at cooling economies to crimp consumer spending.

But there are distinctive aspects to the current inflationary environment in the U.S. and Canada, including the stubbornly high number of unfilled jobs across North America.

In September, U.S. Federal Reserve chair Jerome Powell said his country’s high-inflation environment is “outside of historical experience in a number of ways,” including the number of job openings relative to the number of people seeking work: 11.2 million in July.

That was down from the record 11.8 million job openings in March but is still high by historical standards, Powell said.

This means, he added, that “job openings could come down significantly – and they need to – without much of an increase in unemployment.”

Essentially, employers could cut their number of unfilled jobs before laying anyone off, thereby not cooling the economy as much as Powell wants.

That projection of fewer job openings held true, according to U.S. Bureau of Labor Statistics data released this morning that showed job openings fell more than forecast – by more than 1.1 million to 10.1 million in August.

Similar job-market dynamics are at play in Canada.

Statistics Canada data show Canada’s job vacancy rate reached an all-time high of 5.7 per cent in the second quarter. That statistic released in September tracks the number of vacant positions as a proportion of the total number of filled and unfilled jobs.

Employers across all sectors in Canada sought workers for 997,000 vacant positions in the second quarter – the highest quarterly number on record.

Job vacancies were up by 296,500, or 42.3 per cent, compared with the same quarter a year ago, Statistics Canada said.

TransLink is one of the employers that are desperate to hire new staff, as it has 300 unfilled jobs, according to the company.

Among other tactics, TransLink has embarked on a series of open houses, job fairs and WorkBC webinars, which highlight specific TransLink jobs to qualified job seekers.

“There’s a potpourri of things that are coalescing,” Horizon Recruitment managing partner Jeremy Tiffin told BIV. “One thing that may be overlooked is the mental and emotional place that work now fits into someone’s existence.”

The COVID-19 pandemic, he said, changed people’s perception of work, as it enabled them to work from home, have flexible hours and use new technologies.

Many finance and accounting employers are in what Tiffin called a “settling in” period, where managers have ongoing negotiations with staff around when remote work is acceptable.

Work can easily be done at home, Tiffin said, but some organizations still want employees to come into the office to establish a corporate culture.

“It is ongoing and will be interesting to see how and where that settles – and each organization is different. There are some organizations that are unwilling to [accept staff working remotely], and I think they’re going to pay a price.”

One thing that is happening more now than Tiffin has seen in his 25 years in the recruiting business is companies making lucrative counter-offers when employees quit to work somewhere else.

Firms have made those offers in the past, but their frequency and the size of the counter-offers are much greater than they were pre-pandemic, he said.

“Employers are saying, ‘Hold on, we can’t let you leave because we know how hard it is to find someone.’”

Central 1 chief economist Bryan Yu said the remote work phenomenon makes it harder to track employment data. Employees could live in Vancouver yet conduct work in the U.S. or elsewhere.

Some of the sectors with the highest number of unfilled jobs are those that were hardest hit by the pandemic, such as the hospitality sector, he explained.

Workers were laid off, and instead of waiting around for the pandemic to lift, they retrained and found work in another industry.

Skimpy wage hikes at a time of soaring inflation may also be to blame for some of the unfilled jobs.

Consumer prices rose by 7.5 per cent in 2022’s second quarter compared with the same quarter in 2021. Employers, however, increased hourly wages year over year by only 5.3 per cent, according to Statistics Canada.

Wages for all employees, including salaried workers, rose by even less: An average of 4.1 per cent, year over year.