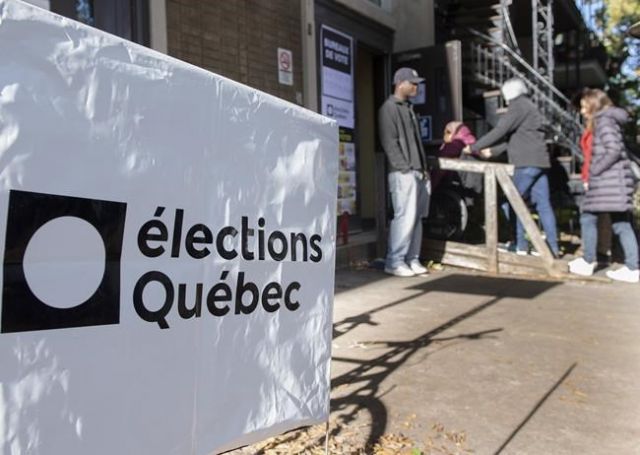 The Canadian Press is projecting that the Coalition Avenir Québec will form a majority government, earning leader François Legault a second mandate as premier.

Legault’s party jumped to an early lead shortly after polls closed and was leading or elected in some 40 ridings as of 8:15 p.m.

Opinion polls throughout the campaign suggested the CAQ was poised to cruise to a second straight majority, with support more than 20 percentage points higher than that of its closest rival.

Legault was facing a crowded field including the Quebec Liberals, Quebec solidaire, the Parti Québécois and the Quebec Conservative Party, all of which were polling in the teens as the campaign ended.

At dissolution, the CAQ had 76 of the legislature's 125 seats, while the Liberals had 27, Québec solidaire had 10 and the Parti Québécois had seven. The Conservative Party of Quebec held one seat and there were four Independents.

A party needs 63 seats to form a majority.