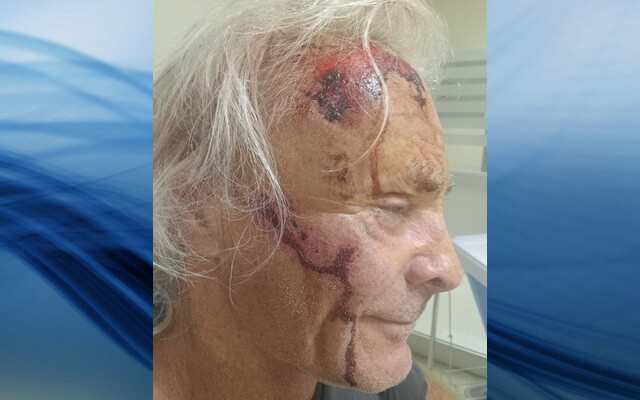 A man who has been counter-protesting rallies at Vernon's Polson Park corner says he was attacked over the weekend.

Korry Zepik has for weeks quietly stood by anti-vaccine/mandate rallies with a sign reading "COVID is not a plot."

But, on Saturday, he was assaulted and pushed into the busy highway.

"I've been pushed, I've been shoved and sworn at," Zepik said Monday.

"I've tried to bring some discussion to the group at the protests," he says.

But things took a turn for the worse this past weekend when he brought an airhorn with him.

"They got quite upset," says Zepik. "I got pushed out into the street and fell in front of a pickup that had to swerve around me."

He moved farther away to a traffic island at the crosswalk, but that's when a man came over with a spray can and said he'd trashed Zepik's signs, which he'd left behind in the melee.

A second man went to grab the one sign Zepik had with him, and the two tussled.

"I grabbed his arm, and he grabbed my head and slammed me into the curb and started hitting me," says Zepik.

A woman came over and pulled the two apart, "and the man seemed to realize he had crossed the line and backed away."

Police and paramedics were called to the scene, and Zepik is pushing for charges to be laid.

He says officers had difficulty getting anyone at the scene to admit they had witnessed anything, despite the group numbering 25 to 30.

"It happened directly in front of them," says Zepik, who suffered a sprained knee and lacerations to his head.

He was given a CAT scan at Vernon Jubilee Hospital and assessed for a possible concussion.

"I'm hoping they realize violence is no way to solve things," said Zepik, who plans to be back down at Polson Park for future protests.

"But I'll probably bring a safety person with me."

He says the last thing he wants to do is escalate a tense situation.

"Differences need to be solved with reason, not with violence," he said. 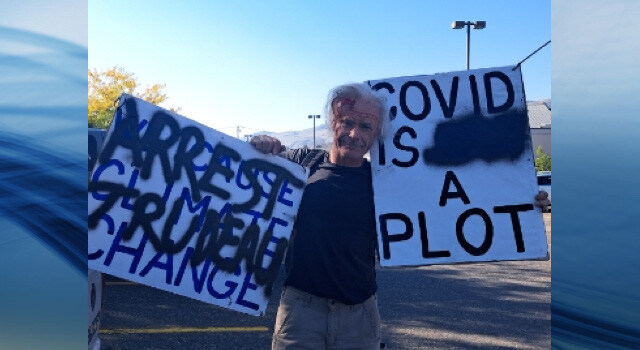