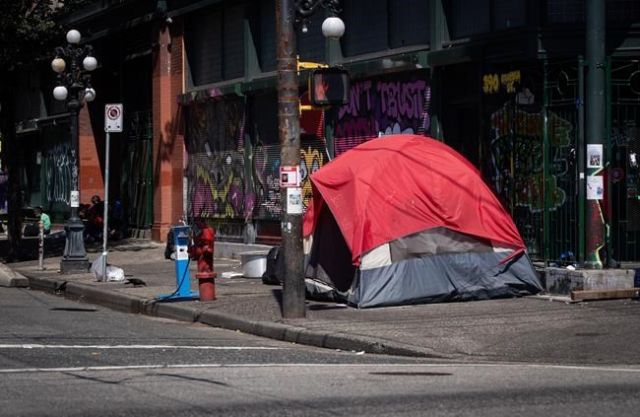 Two women who were sheltering in tents on Vancouver's Downtown Eastside have launched a court challenge of an order to dismantle the street encampment.

A petition for judicial review filed to the B.C. Supreme Court argues the city's fire chief made the order without procedural fairness to those living on Hastings Street.

The petition, filed last week by law firm Arvay Finlay on behalf of the women, argues the fire chief did not properly weigh the consequences or consider alternatives.

It says the Charter recognizes the right to shelter in public spaces and argues the process leading up to the order was unfair because residents had no notice of it, nor opportunity to address concerns with the fire chief.

No one from Vancouver Fire Rescue Services or the City of Vancouver, which is also named as a defendant, could be immediately reached for comment.

"Residents of Hastings tent city and their supporters remain hopeful that the court will recognize that fire safety cannot be considered in isolation from the harms and safety risks that people face while sheltering outside," Pivot Legal Society says in a news release announcing the petition.

"Mass displacement, whether through street sweeps or enforcement of fire orders, is not a reasonable response that respects the rights of unhoused people."