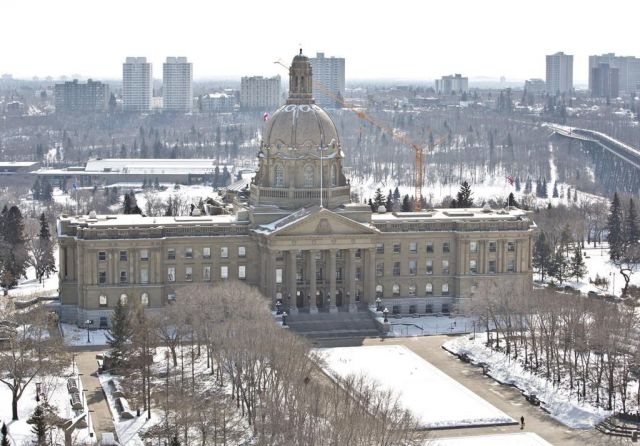 The United Conservative Party government says it will spend another $750 million on health care as part of an agreement with the Alberta Medical Association.

It said the deal announced Thursday is to guarantee that all physicians receive an average rate increase of between four and 5.25 per cent over the next three years.

The $750 million is to be used for recruitment and retention programs, rural and remote programming and expanding capacity across the system.

Health Minister Jason Copping said urgent action is needed to stabilize the health-care system that has been under increased pressure during the COVID-19 pandemic.

"There is no quick fix, there is no easy fix," Copping said at a news conference in Red Deer, Alta.

There have been concerns over how sustainable the health-care system will be as a "bad flu season" approaches.

Copping said Alberta Health Services is working to increase its capacity to prepare for the potential of increased hospitalizations.

Dr. Vesta Michelle Warren, president of the Alberta Medical Association, said it's important to build trust and maintain relationships between doctors and the government.

"Trust is something that is easily broken and hard to rebuild," Warren said at the news conference. "It's the actions going ahead into the future that really is going to be building that trust."

Copping said the government's relationship with the association has improved over the past year.

The agreement comes as the United Conservative Party prepares to choose a new leader and premier on Oct. 6 to replace Jason Kenney. The new leader will face a provincial election in the spring.

Warren said it doesn't matter who the next premier is.

"Health care is health care and patients need that care no matter who is running the boat," said Warren. "Stability is necessary to begin rebuilding and healing and making change. Introduction of chaos is not helpful."

The association filed a lawsuit in April 2020 accusing the government of breaching collective bargaining rights and negotiating in bad faith after it unilaterally tore up a master agreement with doctors and tried to make changes to how they are compensated for their services.

The 11,000 physicians represented by the association refused to ratify a tentative deal in March of 2021, citing distrust of the government as a key factor.

Warren said the lawsuit will remain in place until legislation that allowed the province to rip up the contract is rescinded by the government.

Just over 70 per cent of the physicians who voted were in favour of the agreement, which will be in place until March 2026.