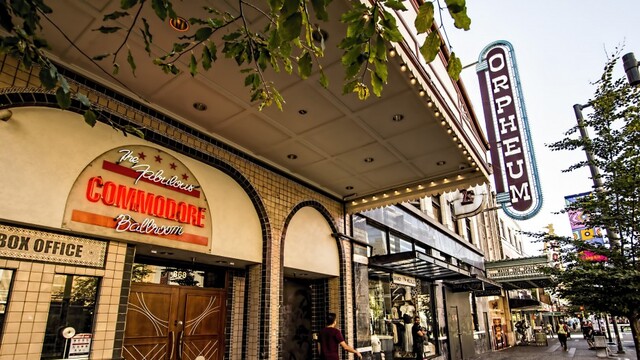 Photo: Chung Chow, BIV
Musical artists have been reluctant to book B.C. shows because of COVID-19 restrictions, according to ticket broker Anthony Beyrouti. That, in turn, has put further pressure on prices for shows that are coming to the province

A once-familiar sight at BC Place re-emerged this month for the first time since the pandemic as Seattle Sounder FC fans descended upon the stadium take in the team’s match against the Vancouver Whitecaps FC.

“You had that old cross-border rivalry renewed, which hadn’t been the case for a few years,” said Anthony Beyrouti, CEO of North Vancouver-based Venue Kings Ticket Brokers Inc., which specializes in ticket resales for concerts and sports games.

Attendance for that game was announced at 19,722 – up notably from the 2022 season average of 16,219, according to Soccer Stadium Digest.

“People are fully back on board and they’re jumping in to go and watch whatever they can. Things that wouldn’t necessarily have sold that great in the past are selling really well,” Beyrouti said, referring to both sports games and concerts hitting Vancouver in recent months as COVID-19 restrictions have eased.

With that renewed interest comes a caveat for British Columbians feeling the pressure from inflation everywhere from the gas pumps to grocery stores.

“We’re seeing some of the craziest concert prices we’ve ever seen, and it’s not necessarily the secondary market [ticket brokers] that did it,” Beyrouti said.

Both Bruce Springsteen and Ticketmaster Entertainment Inc. took flak this past summer over eye-popping prices as high as US$5,000 in some cases. Vancouverites travelling to Seattle to catch Springsteen’s February 2023 show may have done a spit-take upon looking at the cost of even a nosebleed seat.

And since the start of fall last week, tickets for the Eagles performances at Rogers Arena have been fetching prices of $398 in the cheap seats.

Going into October, the cheapest Elton John tickets can be found for between $120 and $251, depending on whether fans attend his Friday or Saturday shows.

Ultimately, those high prices reflect market demand, according to Beyrouti.

“People haven’t been able to do anything [during the pandemic], so they want to get out,” he said. “They care what the price is, but they’re like, ‘We got to go anyway.’”

Some deals might be had for Vancouver Canucks games, where prices below the $50-mark are already being advertised for select games this upcoming season as the team continues to make a push for the playoffs.

“You’re not seeing the demand you used to see seven, eight years ago,” Beyrouti said about the NHL team.

“Whereas with concerts, they’re going through the roof. We don’t get that many concerts in British Columbia because of our COVID policies that we had. People weren’t willing to schedule it here because of all the cancellations.… So the ones that we have are all very, very popular.”