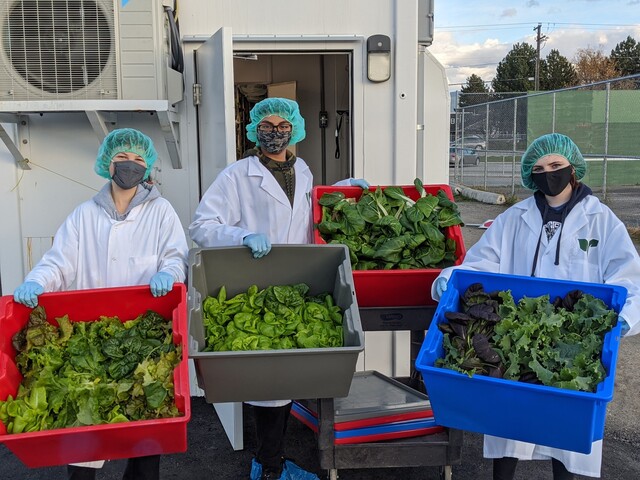 A Kelowna school is tackling food insecurity thanks in part to President’s Choice Children’s Charity.

Karla Lockwood, teacher at École KLO Middle School, tells Castanet they started a modular farm back in 2020 in a retrofitted 40-foot shipping container.

Lockwood says the farm produces more than 300 heads of lettuce a week plus herbs which they use in their food classes and their weekly meal programs at school.

"I just walked in this morning to this smell of toasted bagels that are out in the cafeteria for any students to access. Our goal here is to reduce the stigma around food needs and make it open to everyone. It's a basic human right and we are just trying to feed minds and bodies," says Lockwood.

President’s Choice Children’s Charity has set a goal to feed 1 million children each year by 2025 through a new fundraising campaign called Million Hungry Minds. Their slogan is 'Kids should go far. Not hungry.'

Lockwood says their modular farm, which was funded by the charity, is the second of its kind at a school in Canada.

"The amount of produce we get out of (the farm), over 300 heads of lettuce a week, does not get consumed by our student population in a week. So what happens is we've actually partnered with some community members and it's being sold at Independent Grocer (stores) as a fundraiser. All proceeds come right back to the school."

During the pandemic, Lockwood says the program sent lettuce and herb hampers home with students that helped feed 25 families a week during 2020.

"The farm is able to teach about food systems and food security and where our food comes from, and and how it gets to us and the cost to the producer and the cost on the planet for producing food for our population."

Lockwood says the kids love the farm and learning about food production.

"This year. We're running it as a club. So my club members meet on Mondays and sign up for farm tasks throughout the week. And we communicate with their teachers and they get pulled from their classes to work in the farm," says Lockwood. 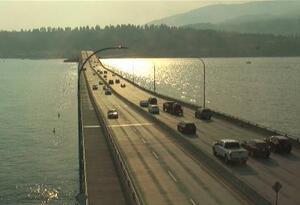