Highway 97 through Kaleden reopens; owners searching for dog escaped from vehicle and missing 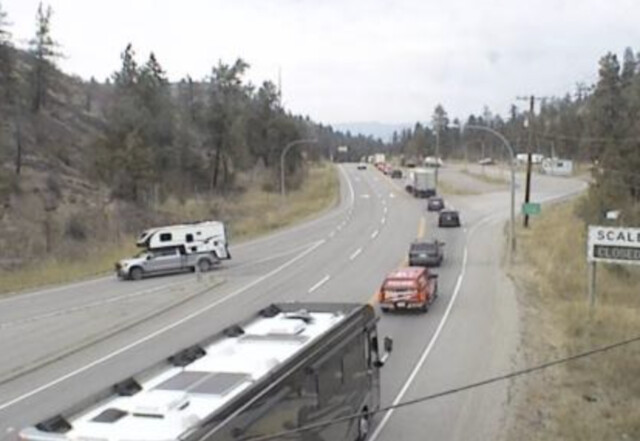 DriveBC is reporting that the crash on Highway 97 near Kaleden has been cleared and the road has reopened.

A dog remains missing after the crash. See below for details.

A dog is missing after the crash that continues to have Highway 97 near Kaleden closed Thursday afternoon.

Chad Wozniak told Castanet his friend and his wife were driving their motorhome when another vehicle crashed into it.

After impact, the family dog that had been travelling in the motorhome escaped, and ran up the mountain towards Kaleden.

The dog is named Boomer, described as a friendly mastiff-mix, large and mostly black. He also answers to Boom-Boom, but may be spooked or in shock.

The couple driving the motorhome are receiving medical attention, and their friends and family are desperate to ensure their beloved dog is safe in the meantime. 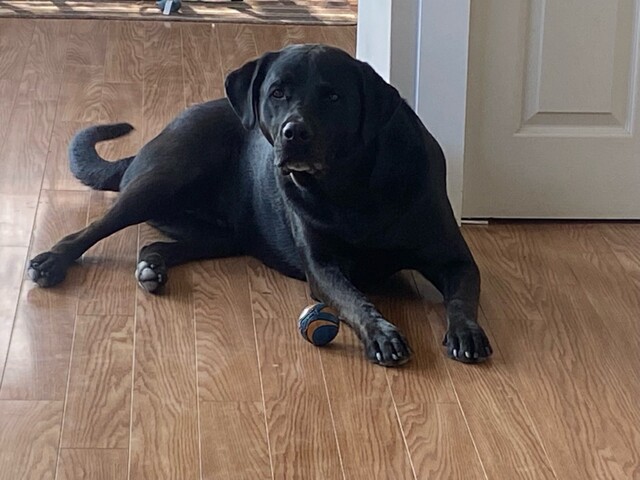 Photo: Contributed
Boomer is missing near Kaleden after a vehicle crash.

DriveBC reports the highway is not expected to be open until 6 p.m.

There is no detour for heavy trucks.

Highway 97 is now closed between Highway 3A and Lakehill Road in Kaleden, stopping the main route of traffic between Penticton and Okanagan Falls on Thursday morning.

The highway is closed due to a vehicle crash.

Travellers are advised to detour on Eastside Road.

DriveBC said that there is no detour for heavy trucks currently.

DriveBC is warning travellers to expect significant delays on Highway 97 through Kaleden on Thursday morning after a crash occurred.

Both lanes of traffic are currently impacted.

People are asked to watch for emergency first responders on the scene.

Posts on social media said the major accident is near the weigh scales and debris from the crash is across all lanes.

There is no official word yet on any injuries.

Suggestions are for people to take Eastside Road to avoid the area.