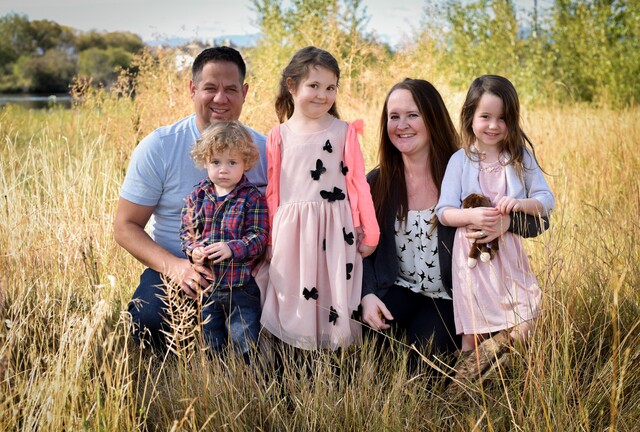 A Kelowna family is fundraising for cannabinoids paediatric research after seeing cannabis improve the life of their daughter as she battled terminal cancer.

Ruby Rota, 7, passed away in 2017, seventeen months after being diagnosed with an aggressive form of brain cancer. The form of cancer she was diagnosed with, DIPG, has no treatment options except radiation, which is rarely successful.

Ruby’s father, Wes Rota, started researching online in search of treatments after Ruby's diagnosis and decided it was worth giving cannabis a try. A doctor provided a prescription for medical marijuana, and with a lack of research on the subject, attempted to guide them through trial and error on dosing.

Rota was astounded at the lack of scientific information available.

“I have never even smoked a joint in my life. I knew absolutely nothing about cannabis and I was suddenly immersed in it,” Rota recalls.

“There were a lot of late nights with spreadsheets, figuring out terpenes and strains, and everything else I could learn about cannabinoids, the compounds found in cannabis plants. Then I started ordering cannabis and we came up with our own recipe for oil.”

Oncologist Dr. Rod Rassekh, who gave the Rotas their prescription for medical cannabis, says he now gets asked at least once or twice a month by colleagues at BC Children’s Hospital to meet with a cancer patient and their family so he can advise them on using medical marijuana.

Especially since legalization in 2018, more and more families are turning to cannabis. But there are no evidence-based guidelines for medical marijuana use in paediatric patients.

“Families on the ward are finding out about cannabis from each other, or they are looking it up on the Internet, and now you can buy whatever you want from stores on just about every corner. I have come to the realization that if no one gives these families advice, we will end up seeing kids in the ICU,” Rassekh said.

That is exactly what happened seven years ago.

Two children with cancer ended up in the ICU within a short time of each other, both with extremely low blood pressure. Neither child had previous issues with low blood pressure. Turns out both kids had taken cannabis oil — one had tried it for the first time and the other had just increased their dose significantly.

Since then, Rassekh has focused on research that will lead to medical guidelines for cannabis use for children.

This research is much different though, as the drug is already widely available.

“The horse is out of the barn. This is happening in such a backwards way, but we need to try and make cannabis use safer,” Rassekh says.

“With every other drug I prescribe to my patients, it’s already gone through a phase one study to find the right dose, then a phase two study to look at efficacy, and then a phase three to compare it to a placebo. Medical marijuana is already in phase four.”

Cannabis is also unique in that it contains more than 500 distinct compounds, meaning no two oils are the same.

Rassekh is a part of a pilot study measuring cannabinoids in the blood of paediatric patients after they take a dose of cannabis.

“Looking at the initial results, the levels are all over the place. The compounds in the various cannabis products are very different from what ends up in the bloodstream,” says Rasskeh.

It is hoped the study will pave the way for a more robust clinical study, but the research is complicated. No one really understands the long-term effects of cannabis on the brain of developing and growing children.

Rassekh has noticed that kids who are taking cannabis wake up differently from anesthesia and can be agitated, and only settled when given a dose of their oil.

Rassekh is a part of other research attempting the understand the risks and benefits of therapeutic cannabis, while anonymous questionnaires are planned at BC Children’s Hospital to get a handle on where parents are sourcing cannabis.

“We think there is a higher prevalence of use than people are aware of as cannabis is gaining a lot of traction in the autism community, and for behavioural issues and anxiety,” said Rassekh.

She was sleeping better, we didn’t have to give her morphine, she just seemed to be able to go on with her daily life,” explains Rota. “Other children we know with the same cancer who weren’t taking cannabis were not experiencing the same life.”

The cannabis oil made it possible for the family to take precious vacations together to Disneyland or Hawaii.

“It’s been a few years and I still hear her laugh every day. You don’t forget that,” Rota said. “Ruby was so charismatic. Everyone loved her and she touched so many people at such a young age. To this day, if you bring up her name, people know her.”

Rota says their experience with Ruby opened their eyes, and in honour of their daughter, they are continuing her legacy by fundraising for cannabinoid research.

“It’s part of our grieving process. We want to do something that makes us feel good. Every time we have been at the hospital, we have seen other parents leaving the doctor’s office, crying in the lobby. They just got their bad news. In Ruby’s name, we can help them.”

with files from BC Children's Hospital 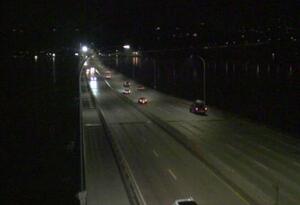