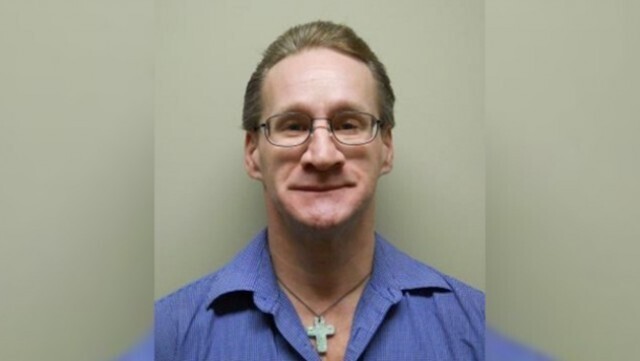 A convicted Penticton rapist is potentially facing more criminal charges after repeatedly breaching his release conditions, according to the latest Parole Board of Canada decision regarding him.

James Allan Pike, 50, served a 10-year Long-Term Supervision Order (LTSO) following a two-year stint in jail for choking and sexually assaulting a female victim who was walking alone in Penticton in July 2001.

After being released from prison in 2005, Pike incurred suspensions of his LTSO and new convictions, prolonging the order by several years.

His criminal record grew, with convictions for assault, possession of a prohibited weapon, assault, overcoming resistance by attempting to choke, breaching conditions, possessing a weapon and more.

In 2018, a Canada-wide warrant was issued for his arrest after he fled his halfway house. He was arrested with the help of a canine team in Vancouver.

Then in December of 2021, Pike was arrested after his cousin, with whom he was living, told the parole officer they were afraid of him and could no longer have Pike in their home.

“[Pike] had become increasingly aggressive and argumentative with them and they began to fear for their safety.”

Because of the special condition in Pike’s order to reside with them, the parole supervisor had to suspend him and return him to custody.

Pike was released from maximum security on Feb. 25 of this year to resume serving under the terms of his LTSO. He was re-enrolled in the Community Maintenance Program and completed the required work in May.

Pike was reported to have breached conditions in early April by purchasing alcohol. He was also found to have been sending threatening texts to his cousin, whom he blamed for his suspension.

Police responded to a complaint in June when Pike was found to have been making threats to staff at the Canada Revenue Agency call centre, saying he was going to shoot the agent he was dealing with.

On July 11, Pike violated his condition to have no direct or indirect contact with his cousin when he sent text messages to a person who is a friend to both him and his cousin, where he made statements that were perceived by his cousin as death threats.

As this was a direct violation, Pike was picked up from his community residential facility (CRF), where a six-hour standoff ensued when he barricaded himself in his room and threatened to kill himself.

While incarcerated, Pike has been reported to have emotional outbursts, verbally abusive behaviour and bouts of throwing things around in his cell.

The board stated that although Pike’s case management team is doing their best to provide structure, close supervision and support for his release, he does not seem able or willing to abide by either the general or the special conditions of your release.

Pike has indicated that should he be released to a CRF in British Columbia, he will escape and illegally travel to Ontario where he claims to have family. The parole system has attempted to find a CRF in Ontario for him to be released to, but none will take him.

In a decision dated Sept. 14, the parole board stated it is "satisfied that you [Pike] pose a substantial risk to the community," and recommended charges under Section 753.3 of the Criminal Code of Canada, which is a breach of long-term supervision.

"The board also takes this opportunity to impose a special condition to have no direct or indirect contact with his cousin or any member of their immediate family without prior written permission of the parole supervisor."