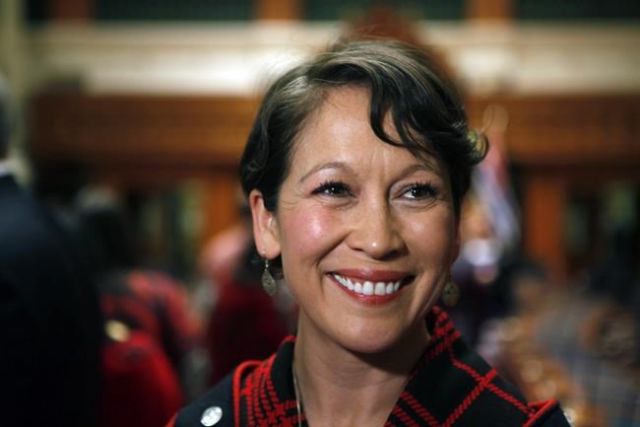 Photo: The Canadian Press
Melanie Mark speaks to the media after becoming the first First Nations woman to serve in the B.C. legislature, at a swearing-in ceremony on Wednesday, Feb. 17, 2016. Mark has resigned her ministerial portfolios to go on medical leave. THE CANADIAN PRESS/Chad Hipolito

A statement from Premier John Horgan says Mark advised him Wednesday that she would be taking leave to focus on pressing and urgent personal matters.

Mark was the minister for tourism, arts, culture and sport.

She will continue to represent the riding of Vancouver-Mount Pleasant in the legislature.

Horgan's statement says Lisa Beare, the minister of citizens' services, will assume responsibility for Mark's ministry, in addition to her current portfolio.

Mark is the first First Nations woman elected to B.C.'s legislative assembly, and the first to serve as a cabinet minister.