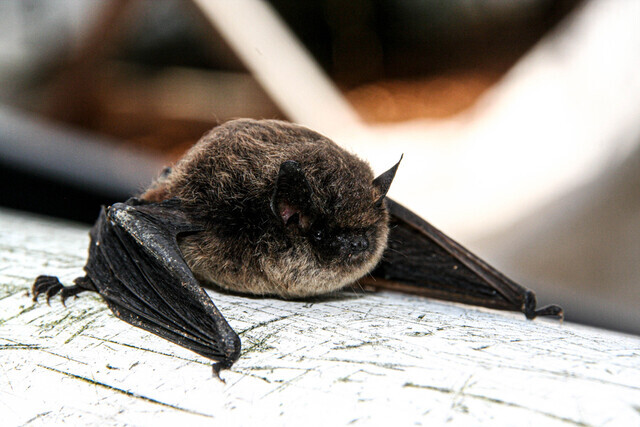 And these flying mammals are not nearly as bad as history has made them out to be.

From Oct. 1 to 29 the Bats: Out of the Darkness exhibit at the ABNC aims to bring bats “out of the darkness and into our consciousness” by showcasing local BC bat species and why these unique creatures are worthy of protection.

Bat representations in art, literature and legend are focused on the fear and the mystery surrounding bats.

Perception of this winged creature evolved from a myriad of lore and prejudice about these little flying fur balls. In reality, bats are not just a Halloween gimmick, but an essential part of our B.C. ecosystems.

Historically, bats were considered pests or disease carriers. They’ve been given a dark, villainous reputation rather than credit for being an ecosystem superhero.

“Bats are not the dark scary creatures they’ve been made out to be,” said ABNC’s lead nature interpreter, Alexis Olynyk. “These unique nocturnal hunters have a number of skills and attributes that are very important to our natural environment, like insect control.”

And they need our help.

Eight of BC’s 15 bat species are at risk. Bats only give birth to one pup per year and only about half of these young make it through their first winter. This slow reproductive rate means they are particularly vulnerable to habitat loss and other sources of mortality such as the fatal white-nose syndrome.

White-nose syndrome is a disease responsible for unprecedented mortality in hibernating bats. This previously unrecognized disease has spread very rapidly since its discovery in January 2007, and poses a considerable threat to hibernating bats throughout North America

Some species are endangered, including the South Okanagan’s Pallid Bat. Their struggles include encroachment, urban development, habitat loss and white-nose syndrome.

“This disease has killed more than six million bats since 2006. Female bats can only have one pup per year,” added Olynyk, noting this is one factor adding to population concerns.

To learn more about BC’s bats and what we can do to help them, visit the Bats: Out of the Darkness exhibit at Allan Brooks Nature Centre.

The centre is open to the public Tuesday to Saturday, 9 a.m. to 3:30 p.m. Admission is by donation.