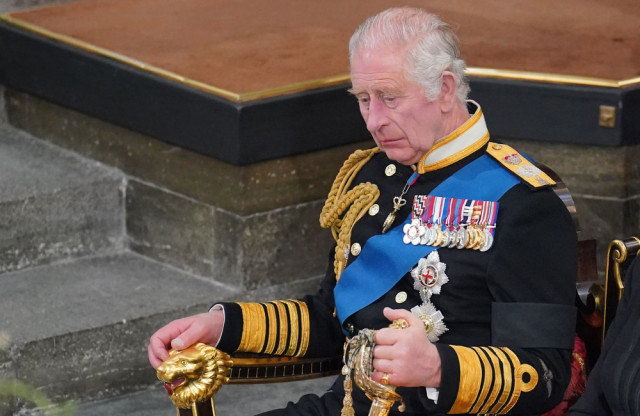 King Charles banknotes will be revealed by the end of this year before entering circulation in 2024.

The Bank of England has confirmed plans to introduce currency featuring the new monarch following the death of his mother Queen Elizabeth aged 96 on Sept. 8.

In a press release, the Bank of England said: "His Majesty’s portrait will appear on existing designs of all four polymer banknotes (£5, £10, £20 and £50).

"This will be a continuation of the current polymer series and no additional changes to the banknote designs will be made.

"In line with guidance from the Royal Household to minimise the environmental and financial impact of the change of monarch, existing stocks of notes featuring HM Queen Elizabeth II will continue to be issued into circulation.

"New notes will only be printed to replace worn banknotes and to meet any overall increase in demand for banknotes."

The current banknotes featuring the queen will "continue to be legal tender and will only be removed from circulation once they become worn or damaged", while they will "co-circulate" with those featuring the new king.

Meanwhile, the Royal Mint has confirmed coins bearing the effigy of King Charles will enter circulation based on demand from banks and post offices.

In a statement, Anne Jessopp - chief executive officer of the Royal Mint - said: "We are honoured to have struck each UK coin of her late majesty's reign, documenting her journey from young Queen to respected head of state.

"As official coin makers to the UK, we have told the story of each monarch since Alfred the Great and are now preparing for the biggest change in British coinage for several decades.

"The first coins bearing the effigy of His Majesty King Charles III will enter circulation in line with demand from banks and post offices.

"This means the coinage of King Charles III and Queen Elizabeth II will co-circulate in the UK for many years to come."