Kim not ready to date yet 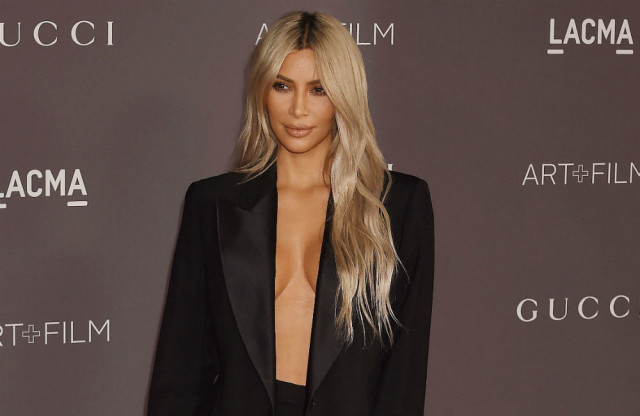 Kim Kardashian is "not ready" to date.

The 'Kardashians' star - who has North, nine, Saint, six, Chicago, four, and Psalm, three, with ex-husband Kanye West - has been single since splitting from Pete Davidson last month and though she recently joked she was keen to date a doctor or a lawyer, she admitted the quip backfired because "a bunch" of men from those professions had "reached out" to her, but ultimately, she wants to stay single for the time being.

Speaking on 'Live with Kelly and Ryan', she said: "I'm not looking for anything. I think I really just need to be by myself and focus and finish school and [focus on] my kids."

Host Kelly Ripa - who is married to actor Mark Consuelos - advised the Skims founder to date an industry "titan".

She added: "It's a very small field but he's out there."

Meanwhile, though the 41-year-old star wants to stay blonde for a while, she admitted she has been "lazy" with the upkeep as it can take up to eight hours to bleach her roots.

She said: "Yes, the blonde hair. The roots are definitely growing out. I'm going to dye it soon. I'm going to stay blonde for a minute.

Kim thinks it is "weird" she hasn't found any grey hairs yet.

She said: "I haven't had gray hair yet. Isn't that weird?"

Kelly replied: "You're probably not going to. It's not like your life isn't stressful. If one were to go gray, it would have happened to you by now. You're free and clear."

The reality TV star joked last month her old dating patterns were "not working" so she was going to look outside of showbiz circles.

She said: "I'm not looking. I just want to chill for a minute. I think I need some time to myself and to focus, finish school, all that.

"But I think my next route will—I feel like I have to do something, like go to different places.

"Clearly, it's not working, whatever I'm doing. So, I don't know. Maybe, like, a hospital and meet a doctor. A law firm.

"I think it's gonna be like, scientist, neuroscientist, biochemist, doctor, attorney. That's maybe what I envision in the future."