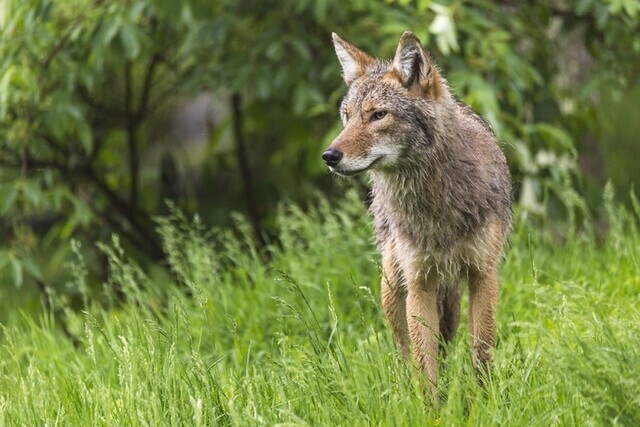 The city of Burlington, Ont., says it has eliminated a fourth coyote following a string of unprovoked attacks on humans since late August.

The city said in a Friday tweet the coyote was eliminated because it was stalking and chasing people, was aggressive, not afraid of humans and not "showing normal coyote behaviour."

The previous three coyotes were identified and eliminated because they were believed to be responsible for several human injuries in south central Burlington in the past several weeks.

In a separate tweet, the city urged residents not to feed coyotes.

It said coyotes become aggressive when fed, leading to attacks on humans.

The city says its Animal Services staff remain on high alert, including patrolling the city, gathering information and looking for coyote food sources.