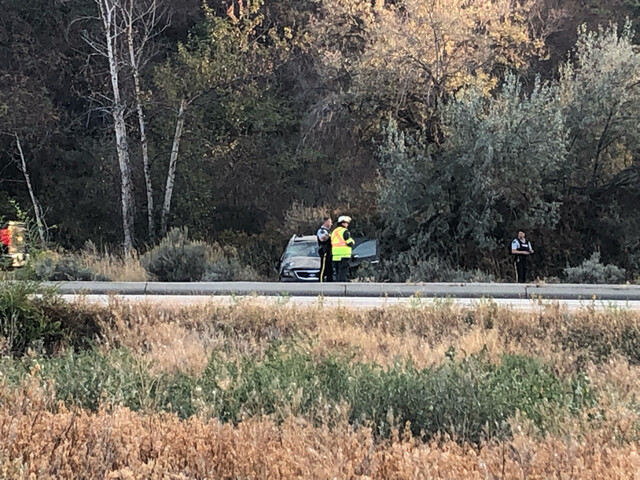 The driver of a dark-coloured sedan has been taken to hospital after her vehicle rolled over on Highway 97 south of Summerland.

A witness at the scene said the southbound vehicle went off the road, hit the shoulder and the bank, rolled mid air and came crashing down into a tree.

The single-female occupant was apparently alert and transported to hospital by EMS.

No word on the extent of her injuries.

The crash occurred about 5:15 Monday afternoon.

One southbound lane remains closed while crews clean up the scene.